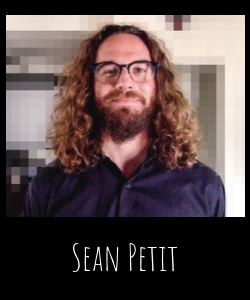 In Dronethusiast’s “Featured Expert” series, we speak to one of the many talented people that are making the drone industry such an exciting place to write about. Today we spoke to Sean Petit, a drone photographer who recently released the breathtaking short film SALT.

Like many of our American readers, Sean Petit first got involved with drones in 2016, after the Federal Aviation Administration changed its regulations to make commercial drone use more viable. He picked up a DJI Phantom 3 Pro, obtained a Remote Pilot Certificate from the FAA, and started his own company: Avian Cyclops, LLC.

The Story of Avian Cyclops

“I’ve always enjoyed photography/videography,” Petit explains in a conversation with Dronethusiast. “I knew the unique aerial perspective and data that drones could offer would be a valuable resource to certain clients. Nothing beats a flying camera that shoots in 4K with a solid megapixel resolution.”

Avian Cyclops mainly serves as a drone service provider for Houston and the Greater Houston area of Texas. They create aerial progression photos and maps for construction companies, work with law firms to provide an aerial perspective for land disputes, and take wedding photos. Petit runs the business himself, acquiring contracts mainly through word of mouth.

This line of work is similar to many striking out in the new American commercial drone industry, and Petit is proud to be part of a wider group of aerial photographers: “There’s so many great pilots out there capturing great shots and putting together aerial films, so I find that really inspiring. This is a wonderful community to be a part of and it’s amazing to see all this fantastic aerial content out there.”

However, Avian Cyclops has also become a way for Petit to showcase his own work, whether it’s the aerial photos you can see on his website (linked above), travel videos and gorgeous macro photos on the @aviancyclops Instagram page, or his latest film, SALT, which you can see below.

The Surreal Beauty Of SALT

Although we would later become fans of his other work (particularly the Instagram macro photos – “When the Sky Looks Up” and “Solitude On Teal” really show off his smart use of color and staging), we first heard of Sean Petit because of SALT, a four-minute short film shot in Utah and published by Avian Cyclops in December of last year. 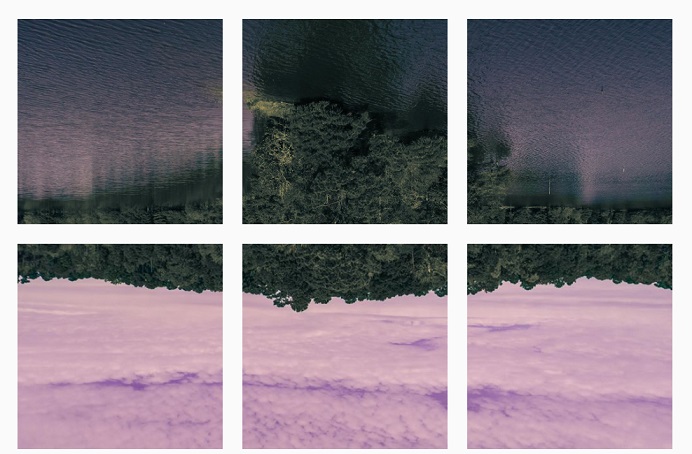 “When the sky looks up”
by Sean Petit (Instagram)

The film was shot using a DJI Phantom 4 Pro, Petit’s current drone of choice (although he notes that the Tiny Whoop mini quads “are great for FPV indoor flying and to keep your stick chops up.”) According to the description on its Vimeo posting, the purpose of the film is to “[explore] the expansive beauty of salt throughout Utah” by showing a “journey across the Great Salt Lake, Lucin Cutoff, salt mines, Bonneville Salt Flats, & salt ponds.”

We know what you’re thinking, because to be frank, we thought it too: that sounds like every drone nature video. True, there’s great beauty to be found in aerial views of the natural world, but it’s a beauty that’s been explored time and time again, often in a very similar style. You expect little more than long overhead pans of trees or oceans, often with very little directorial flourish.

Two things set SALT apart. The first is its titular subject matter: there’s something cold, almost bleak about the endless expanses of white rock. One of the opening shots, for example, contrasts moving water on one side of a train track with what looks like a featureless void on the other. And yet, Petit manages to find beauty in the void, in the harshness of this life-giving mineral.

Much of that sense of beauty comes from the music, which creates something that almost feels like a narrative out of the images shown in the film. Petit’s process is fascinating: “When in post I’m editing the film and composing the music concurrently, so I’m able to shape the marriage as I see fit. I’ll start with a musical theme, set a tempo, and then start blocking the footage to that tempo. I’ll build up the music around the blocking and begin to get an idea of where I could take the film and its overall length.” He adds: “I’d like to give a shout out to my friend Al Carlson from Berklee who mixed the score. He’s a top notch engineer and producer and his mix really increased the production value of SALT.”

The other defining feature of SALT is its elements of surrealism. This is a film, not a nature documentary, and in its final minute and half the footage being shown begins to distort and shift. The sky becomes a mirror image of the saltwater below, then flips upside down; the salt flats pour onto the screen like a liquid. The final shot, which was also uploaded to the Avian Cyclops Instagram under the name “Solitary Reflection”, shows a half-submerged chair framed by mountains that bend at 90 degree angles. 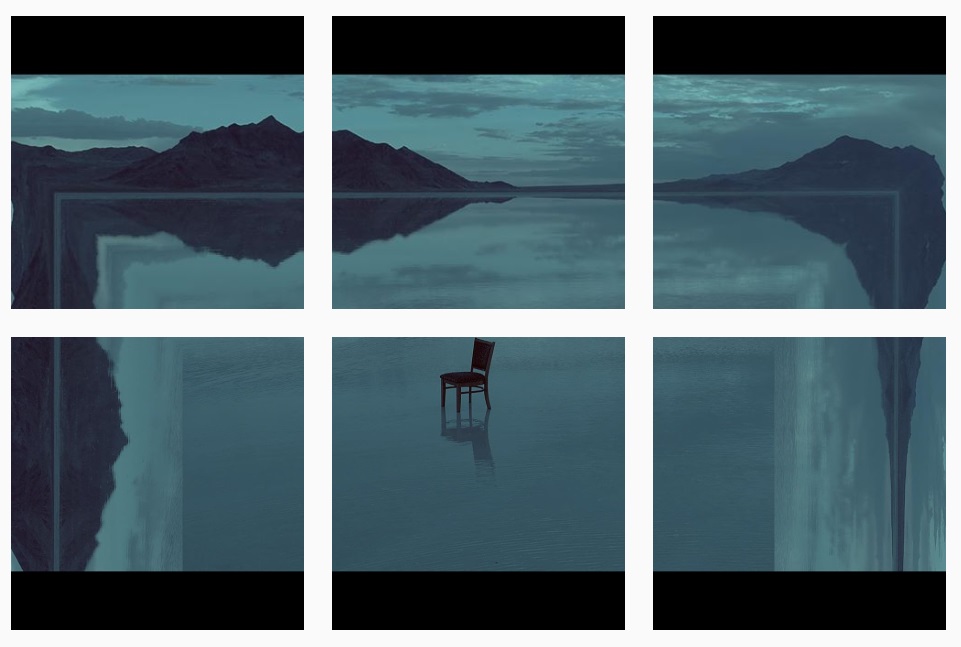 Petit acknowledges his post-production decisions are unusual for drone photographers: “I believe anyone can capture a properly exposed shot or footage from an aerial perspective, but the choices that are made in Lightroom, Photoshop, Final Cut Pro, etc. before they are shown to an audience present an opportunity to shine and differentiate your work.” He describes his filmmaking process as “akin to sculpting or non-destructive 3D modeling.”

The Joy Of Filmmaking

Whether you love it (like we do) or find it confusing, there’s no denying that Petit’s approach sets him apart from many of his contemporaries. Yet as he answered our interview questions, what really stood out was Sean’s enthusiasm for the world of drones and the community he’s clearly thrilled to be a part of. “I don’t hold the view that my work is making the world a better or more interesting place, but I do hope some of my content inspires other pilots or artists in different mediums.”

When we asked him if he had anything he wanted to plug or a call to action to share – a question designed to give our interviewees a chance to promote themselves – he instead chose to point our readers towards other innovators in the drone industry.

“Personally, the word ‘drone’ does not denote any negative associations to myself,” he admits. “But I’m an insider.”

A Matter Of Perspective

We like to ask our interview subjects what one incredibly important idea they want our readers to take away from their work, and Mr. Petit shared this: “Perspective is everything!” I can think of no better way to conclude this profile. Indeed, it’s his unique perspective on the subjects he captures that sets Petit’s work apart. This is a videographer with a singular voice and vision.

That vision may not be for everyone – we certainly imagine that others will dismiss SALT’s final expressionist sequence as “pretentious” – but we hope that any creators among our readers who take umbrage with the technique will be inspired to make their own unique videos. As Petit himself says: “I’m excited for the future of this medium and can’t wait to discover more inspiring aerial content from my peers.”

For his own work, Petit says that “I plan to make more aerial films and to explore shorter length projects, so that I can produce more quality content in a shorter timeframe.” We’ll be keeping an eye on Sean’s future work and his unique perspective, and we hope you will be too.

Other Interesting articles in "Featured Expert"