The battery has built-in sensors along with LEDs that give you the status of the remaining battery power in real time! 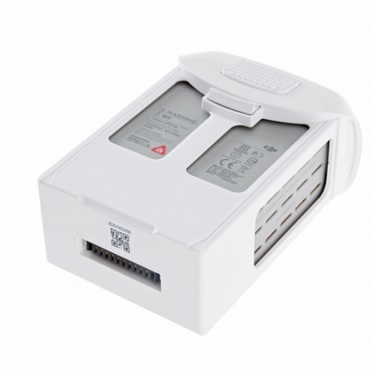 Check out this video that shows the Phantom 4 battery charging time and other details.

The battery specs are as follows.

When comparing the charge of the new intelligent phantom 4 battery versus earlier phantom battery versions let’s start by looking at charging time. I spent some time with both doing a little investigation to see how the phantom 4 battery charges. I found that when compared with the Phantom 3 battery, the p4 battery appears to start out charging more quickly, but in the end both batteries took almost exactly the same 57 minutes to charge.

After doing the report on charging times of the two different batteries I wanted to take some time to see which drone would fly longer with their respective batteries, the phantom 4 and it’s new intelligent battery or the phantom 3 and it’s battery. So I called a friend and we headed out to fly.

The flight times of the two drones was very comparable, which is what we expected according to DJI’s specs they said the flight time of the Phantom 4 wouldn’t be much higher than that of the earlier phantom version. I found that the P4 battery allowed the drone to fly for 21 minutes and 33 seconds, compared with only 18 minutes on my phantom 3. We flew the two drones until the warning light came on for the battery telling us to fly back to safety. 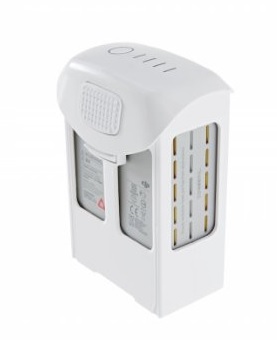 Read our recent post on the best DJI Phantom 4 Propellers.