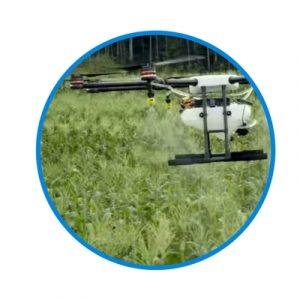 If there is one thing that should be making people who work in the world agriculture nervous, it’s the fact that despite a fast-growing world, it needs to keep pace with that growth.

Fortunately, those forward-looking people who have created the DJI Agras MG-1 drone aren’t worried. In fact, thanks to the work that those who have created this technological masterpiece have done not only can farmers keep pace with the needs of a growing world, but by revolutionizing nearly all of the elements involved in growing crops, they have taken much of what was called precision farming and cut it off at the knees. Further, this progressive company is using what was once largely military aviation technology to grow better crops using pictures from the air, part of a broader trend of using sensors and robotics to bring big data to precision agriculture. And not only that, but they are able to spray crops much more precisely, which means better applications, less waste, and more money saved for the grower as well as the consumer.

Drones in the Field

It wasn’t too many years ago that to think of precision agriculture and variable rate technology meant relying on GPS satellites and related mapping tools to do a lion’s share of the work. And that was only for the purpose of tracking what needed to be done, then evaluating the results. You had to have still more equipment to apply the chemicals and other materials you needed to apply in order for plants to be affected.

A lot has changed in the past few years, especially since the introduction of the DJI Agras MG-1. What might look to many people like a common toy is, in fact, one of the most powerful management tools to ever be introduced to a farmt. With the DJI Agras MG-1 you have the ability to not only fly fields in any number of open or predetermined ways, but you can also apply pesticides, fertilizers, and herbicides to bring about new levels of efficiency and manageability to your farm. At every stage of the growing process, you can use the DJI Agras MG-1 to get not only a new and better look at what the plants in your farm are doing, but you can find problem areas that might need a closer look and more work without having to go to areas that might be difficult to reach.

The next time you pass by a farmer’s field, you might see someone doing something you didn’t expect. It will take the form of a person who will look like an amateur RV pilot out for an afternoon of fun. After a short time you might realize that the airplane they were flying is, instead, a drone, but that’s still not enough to cause a double-take. After all, drones are a dime a dozen today. Fortunately, that is where you would be wrong since this is no ordinary drone. In fact, this drone is one of a new and fast growing variety of quadcopters and other multi-bladed small helicopters that are not only outfitted to serve as camera platforms, but they even do a lion’s share of the work previously done by much more equipment that farmers have had to operate in order to maximize the outputs of their fields.

– The advanced flight controller that accompanies the DJI Agras MG-1 is integrated with the aircraft and responds precisely to every movement of the pilot’s input. You can Choose between three flight methods: Smart, Manual Plus, and Manual, which correspond to the terrain as well as the specific needs of each of your missions. 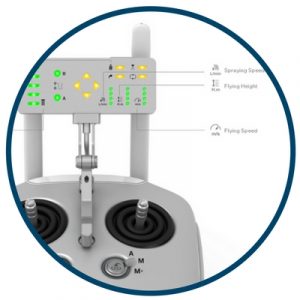 – Using the Smart mode, a flight can be quickly and easily planned with the press of ony a few buttons, without any need of mapping knowledge or any other software or equipment. This makes the MG-1 not only one of the most efficient in terms of time and money, but also the easiest to use as a spraying solution for all of your application issues. In manual plus, the aircraft performs in the same manner at the push of a button as it does when fully automatic. With the Manual mode, the pilot free flies the aircraft in any manner he wishes. 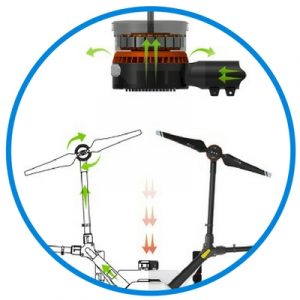 – These aircraft are outfitted with the same GPS equipment that make it so easy to use in other applications. With the DJI Agras MG-1, however, the equipment is better built that makes it a natural choice for many others. Obviously, any equipment that is used out in the open in fields and other areas like these are susceptible to dust and other contaminants. This leads to not only increased maintenance costs but further costs in terms of downtime and other factors. to prevent this problem, the Agras MG-1 is designed with a sealed body that not only prevents the entrance of foreign matter but the resulting improvement of the integrated centrifugal cooling system and improves the aerodynamics of the flight. This means that while the equipment is working it is actually cooling and maintaining itself.

FAQs about the DJI AGRAS MG-1

How big is the DJI AGRAS MG-1?

1471mm x 1471mm x 482mm (arm unfolded, without propellers)
780mm x 780mm x 482mm (arm folded)
Motor arms fold in to make the aircraft compact and portable to transport, for example in the trunk of a car. The equipment is made from high-strength, carbon fiber materials. The body frame is light yet durable and able to withstand the harshest conditions.

What is the rate of success for the DJI AGRAS MG-1 as opposed to other forms of precision agriculture?


How does the DJI AGRAS MG-1 perform on uneven terrain?

With an integrated microwave radar together with the MG-1’s intelligent flight control system, the aircraft is able to scan the terrain below it in real-time, and adjusts its altitude to maintain a constant, centimeter- accurate, height above crops and other geograph. Spray density is also maintained even as the terrain rises and drops, so that the correct amount of liquid is applied at all times during a flight.

The battery life of the DJI AGRAS MG-1 is relative in terms of distance since it can depend in part on the amount of load it is carrying and other conditions. With a payload at its full capacity of 10 kG of liquid, the DJI AGRAS MG-1 can cover 4,000-6,000 square meters on a charge.

In the early days of variable rate technology, not only were chemicals applied by tractor-driven equipment, and even sometimes traditional aircraft, but even the photography involved in the process was crude at best. Today, thanks to the advancements in drone technology by DJI, the AGRAS MG-1 is at the forefront of precision agriculture technology in all of these areas.

All it takes is a quick look at the DJI AGRAS MG-1 to see that in virtually all measurable areas, it is totally different and even better than comparable VRT tools. It should come as no surprise, therefore, that many in the market, even competitors, are looking for DJI to take over an increasingly large portion of the VRT market share in the year ahead. In fact, looking at the specs of the DJI AGRAS MG-1 you get a sense of the kind of competition that other companies might be up against. In fact, you might even say that the DJI AGRAS MG-1 is set to redefine what most people call VRT. Especially with the DJI AGRAS MG-1 being lighter, faster, and more dependable than many of the other tools, other companies are going back to the drawing board to better their own offerings in the field. 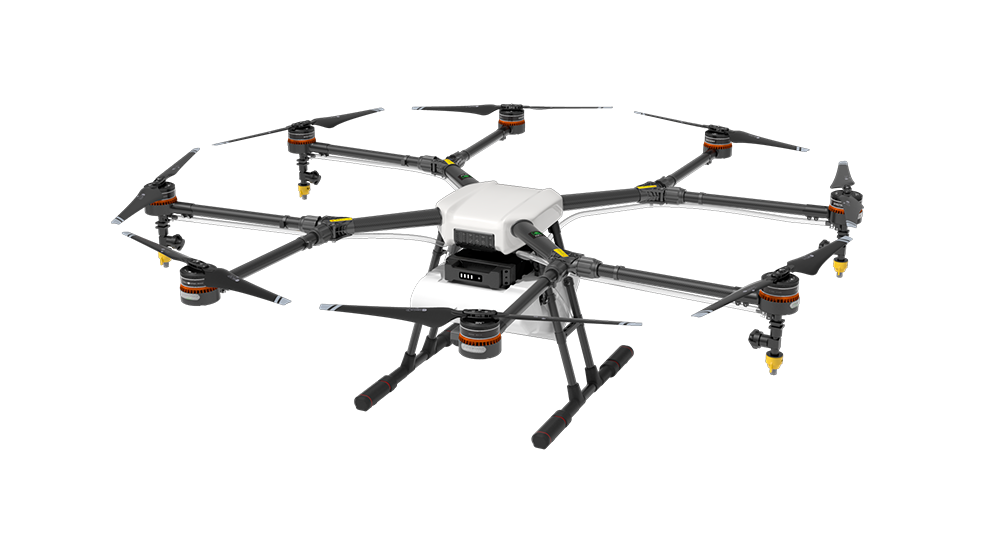 In agriculture, your mission is to make your land do as much for you as it can and at as low a cost as possible. In the rough and tumble business of agriculture, it’s a matter of decisions quickly and accurately, or you’re out of business. After all, land that doesn’t produce or doesn’t produce what it should is losing money for the owner. That’s why you need to use every tool you can to get and keep the edge you have in making your farm profitable. In the past, VRT has proven itself as a valuable tool, but now there’s a new and even more powerful tool on the farm, the DJI AGRAS MG-1.