DJI is a Chinese technology that manufactures unmanned aerial vehicles (UAV), also known as drones, for aerial photography and videography, gimbals, flight platforms, cameras, propulsion systems, camera stabilizers, and flight controllers. This review is to showcase DJI’s Best Drones, Phantom 3 vs. Phantom 4 and why they are the best consumer drones in the world.

DJI maintains its dominance as the class leader in the consumer drone market. This very innovative company is involved in making drones for the consumer and professional markets. With the market constantly changing, DJI has been innovating their products to appease the market of drone lovers. Whether you are professional Photographer or love flying drones, they’ve got something to suit every need.

There are many drone models available produced by this company. They include:

Professional Drones
The professional drones have very advanced technology are easy to use. They are uses by photographer and film make to produce high quality work. They are expensive too. Fitted with powerful cameras, they are idea for heavy works. The models are:
• Inspire 1

• Mavic Pro – The portable and newest drone of DJI.
• Phantom 1 – the first generation of the Phantom series. They were basis and are no longer being produced.
• Phantom 2 – the second generation incorporated a better camera for long range capture.
• Phantom 3 – the camera and the gimbals are fantastic and can capture great photographs and videos. The Phantom 3 has the advanced and pro versions
• Phantom 4 – the latest version has better speed, camera and a better battery life not forgetting signal range.

The Phantom series is the most successful line of consumer drones and needs no introduction as it’s a favourite of hobbyists as well as photographers around the world. With every generation of Phantom drones comes great innovation and improvements from the last. The sleek glossy body is a trademark of this series. The camera keeps on getting better with every advancement. The battery life of the latest generation, Phantom 4 pro is impressive and lasts longer. The later models are more advanced in terms of specs and maneuverability. The Phantom 4 has an object sensor that stops the drone when it senses an object on its way.

Phantom 3 and Phantom 4 are the best of this class. Depending on what you are looking for in your drone, you may argue that either is the best. We are doing a comparison of these two drones to figure out which is the best.

FAQs about Phantom 3 vs. Phantom 4

1. If I already have a Phantom 3, should I upgrade to Phantom 4?

You should definitely upgrade to Phantom 4. This is why:

– Improved performance
Phantom 4 has better speed than Phantom 3. It is faster than the predecessor due to more powerful and efficient motors. the Sport mode on p4 combine large propellers to unleash the drone’s full potential hence sending more power to the four enhanced motors that give it more lift and acceleration. It’s been reported that some Phantom 4 drone have gained speed up to 60 MPH

– Better battery life
Phantom 4 has a better battery compared to Phantom 3. You can be able to get more out of the 5350 mAh of p4 than 4480 mAh of p3. This gives it a longer flight time and has the ability to detect and avoid obstacles once airborne a function that is not available in the p3 model.

2. Can I use the Phantom 3 remote controller with Phantom 4?

No, you can’t use a Phantom 3 battery on a Phantom 4 drone. The batteries are totally different, therefore have to be used with the exact model of the drone.

4. Between Phantom 3 and Phantom 4, which has a better camera?

P4 camera is way better than that of Phantom 3. It has a 12MP camera and 4K video compared to 2.7 K for Phantom 3. Phantom 4 takes way better photographs and videos than Phantom 3. P4 has a better signal range of 3 Miles while P3 range is only a mile. Fitted with an eight-element lens and some nifty sensor mods, P4 is able to produces a more dynamic range of colors and saturation than the Phantom 3.

5. Who will take care of repairs incase my Phantom 3 or Phantom 4 crashes?

You can fly your drone without having to fear about fatal crashes that may destroy your very expensive gadget. The drone maker is now selling what it calls DJI Care – a basic insurance plan to reimburse customers for their drone repairs. The damage should come from normal use, so if you chip the drone or somehow disconnect the camera mid-flight, DJI will cover those repairs.

DJI will cover damage to the aircraft, gimbal, and camera due to dropping, squeezing, or crashing caused by operator error or other accidents. Accessories aren’t included in the deal, but it does cover shipping costs.

6. What devices can I connect to Phantom 3 and Phantom 4?

You will need powerful phones and iPads in order to prevent the DJI GO App from lagging or freezing. Both android and Apple phones will work if the processors and GPS are fast enough. Any apple device with a processor of A7 and above and android processors of 1.3. GHz will work well.

When connecting to the TV, make sure that your television can play a 4K video.

7. What is the difference between Standard, Professional and Advanced version of the Phantom 3 and Phantom 4?

The main difference between the Professional and the Advanced comes in battery & camera configuration. Both versions are equipped with a stunning 12-megapixel camera. The advanced version is capable of shooting videos at 1080p, while the professional version does so at 4k. Also, the professional comes with a 100W battery charger while the advanced has 57-watt charger. Thus, the professional Phantom 3 and Phantom 4 batteries take less time to charge.

DJI maintains dominance as a leading maker of the consumer drone market by making its products accessible and easy to use. The Phantom 3 standard has a 1080p/Full HD video camera while Phantom 3 Pro has a 4K video camera. The Phantom 3 is nearly identical to the Phantom 2 except for a few improvements. For instance, it has a new motor tilt for better stability, smart braking and a whole new flight controller. On the outside, the white sleek design remains but with wider landing gear. The advanced versions have better camera and battery life than the standard version. 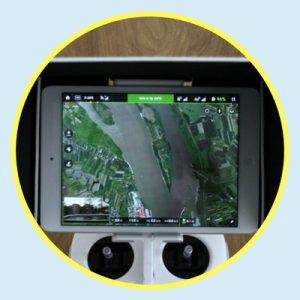 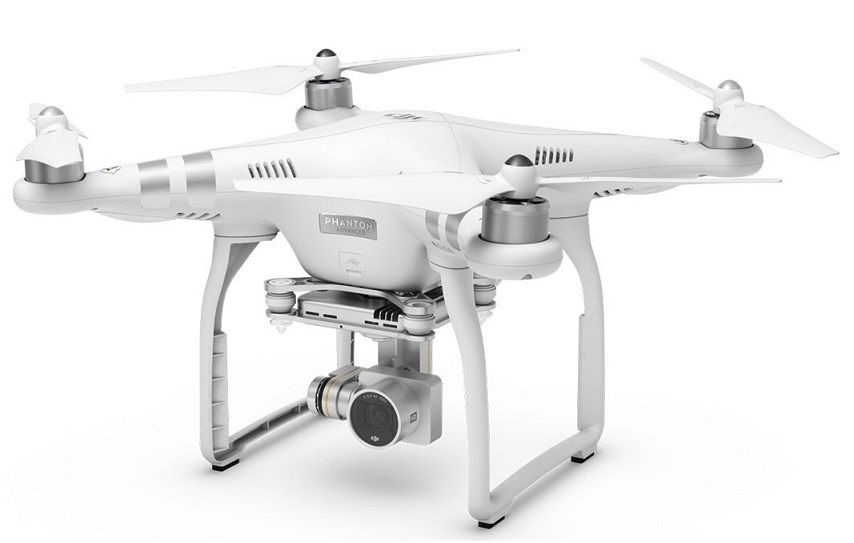 
The Phantom series of drones are among the best of the consumer drones in the market. The Phantom 4 refines the iconic design of its predecessors with a glossier, more streamlined chassis. It includes all the features that made the Phantom 3 so popular and then some. The added features include a safety system that stops the drone it detects an obstacle ahead, better speed and signal range, longer lasting battery and better gimbal. The Phantom 4 is a bit expensive than Phantom 3 but comes with premium features and worth the price. 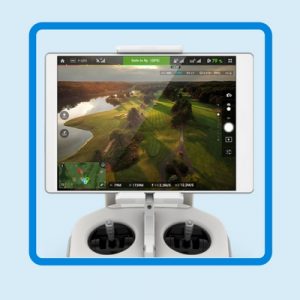 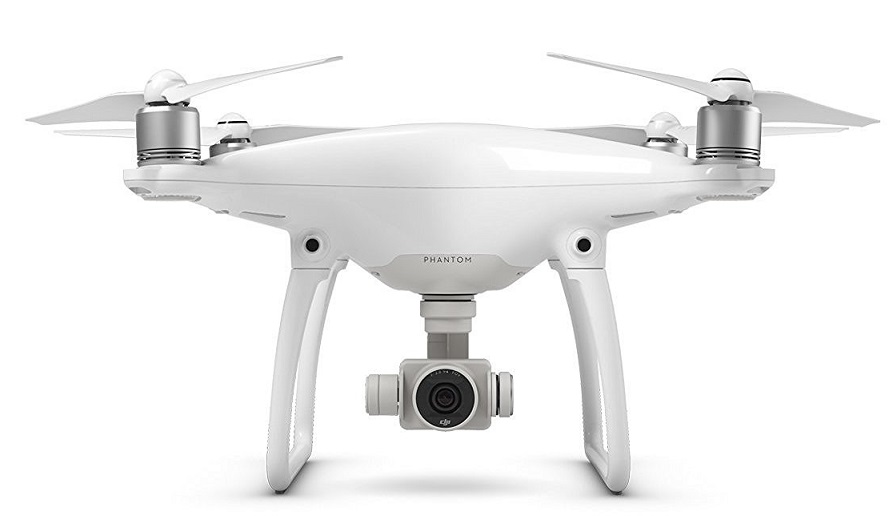 The latest version of DJI’s top-end consumer drone, the Phantom 4, improves on its predecessor in many ways. It’s the best consumer drone on the market, and it’s priced accordingly.

Conclusion About DJI Phantom 3 vs. Phantom 4

In comparing between Phantom 3 and Phantom 4 we looked at the price of each drone. The Phantom 3 is retailing for about 800 dollars. For an extra 200 dollars, you get all the benefits and added specs found in the Phantom 4. Both drones are of high quality and will serve you well. DJI has gone on and produced consumer drone that are worth the price.

Phantom 4 is definitely a superior drone because of the sleeker shape and the obstacle detections system. The downside is for you to use this drone you need to register with FAA because it weighs over 3 pounds.

If you are considering getting your first drone, then Phantom 3 pro is a great choice. It’s cheaper and does a great job as Phantom 4. Once you learn how to maneuver this model you can always upgrade. If price is not an issue, then go ahead and splurge on this great gadget.