Building an air traffic control system for drones that is similar to the one that currently guides airplanes through the sky has become an increasing focus of many tech companies that envision drones doing everything from making deliveries to helping keep our airspace secure. Wing, a subsidiary of Google’s parent company Alphabet, unveiled a new app that could serve as a platform for those future systems.

The new app is called OpenSky, and it’s been approved to manage drone flights in Australia, where it is free. The free app is currently available in both the Google Play and Apple App stores, as well as on the web. The news of the app’s launch was first reported by Bloomberg.

It’s meant to help drone operators comply with aviation rules and plan flights safely and effectively. The Australian version includes a checklist with a range of critical factors, including airspace restrictions, hazardous situations and proximity to airports and heliports. It will also alert users to emergency response situations and things like nearby sporting events. Eventually, OpenSky will introduce voice-capabilities to make the platform more accessible. 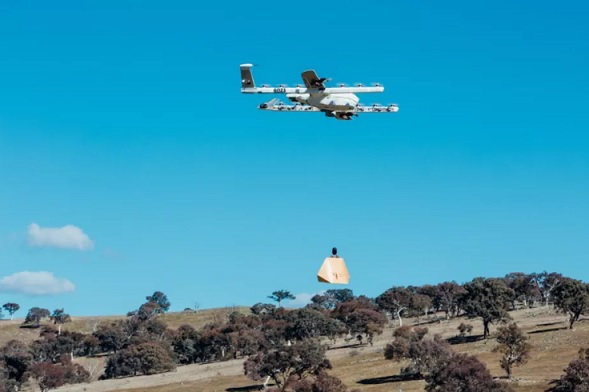 For companies like Wing, a robust air management system is crucial if it wants to realize its goal of thousands of small drones zipping along at low altitudes without crashing into buildings, trees, or other aircraft. Numerous companies, including AirMap and Iris Automation, are working on similar air traffic control systems.

Wing is also working with the US Federal Aviation Administration to pilot a drone delivery system. But Australia and its neighbor New Zealand have been at the forefront of small, electric, unpiloted aviation. The Australian regulator, CASA, claims that Wing’s drone delivery launch in April was “very likely” a world first. Kitty Hawk, the flying car company backed by Google found Larry Page, received certification to launch a commercial service in New Zealand last year.

Wing became a full company underneath the Alphabet corporate umbrella last year, alongside the likes of self-driving company Waymo and internet balloon startup Loon, after previously been classed as an X moonshot project. In December, Wing announced that it was launching a trial service in Finland where it would offer 10-minute deliveries for free within the country’s capital.

It’s unclear when OpenSky might make its way to the US, but Wing is preparing to launch a commercial drone delivery trial in Southwest Virginia sometime this year, so it could arrive sooner rather than later.