The leaders in the e-commerce world, Amazon, continue to improve on their systems. Amazon has been public about being in the works to deliver packages via drones for a few years now. There has been a recently published patent that shows Amazon might have a system to guide delivery drones to their destinations and verify that the parcels have been delivered to the correct location.

This newest patent has been in the works since 2016 with it being just recently approved on February 5, 2019. This new patent approval is titled, “Drone Marker and Landing Zone Verification.” The patent could have delivery drones recognize landmarks in a recipients yard or driveway plus a printed-out target with a barcode confirming the items that are to be delivered.

Amazon has designed the patent to handle issues that may come across when drones deliver packages. For example, if the drone spots any obstacles that could interfere with the delivery such as tree branches, grills, playgrounds, basketballs, and other sports equipment, recipients could receive a message on their phone requesting that the delivery target or obstruction to be moved and the delivery can be completed. 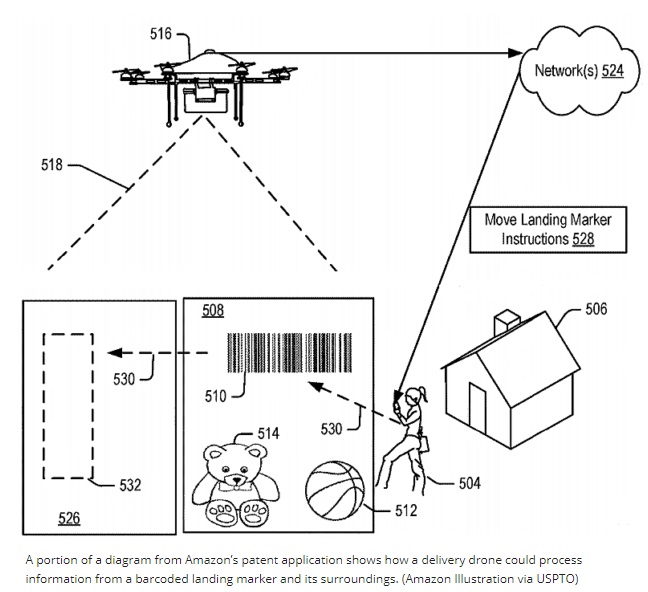 Deliveries would be made by having the drone descend to set down the package, lower the package on a tether, or drop it down on the end of a parachute.

Alexa may even make an appearance in these delivery drones as the patent could even include the drone being able to speak to you.

The inventors say that two-way communication could be beneficial for verifying information such as the recipient’s identity and posing questions and providing instructions to potential recipients. 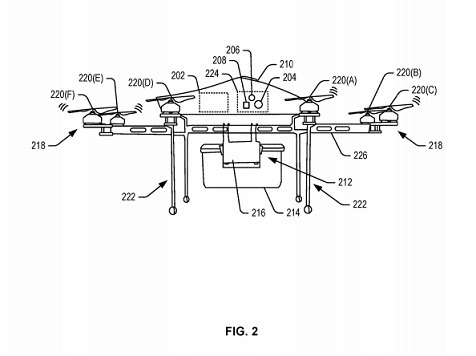 The delivery system would have a file for each delivery location to get familiar with each area. If you weren’t at home during the delivery the drone could move on to an alternate location based on what its system knows about the area.

However, just because Amazon has won the patent, they could take a different direction than the strategies that the patent lays out. Some features mentioned in the recently published patent have been mentioned in other patents. This suggests that some of the features might see the light of day when Amazon gets approved for routine drone deliveries, hopefully within the next few years.
For customers who are apprehensive about being contacted by a drone or having their property mapped out by the delivery service, there will be an option to opt-out of the service and continue having your packages delivered by a postman. 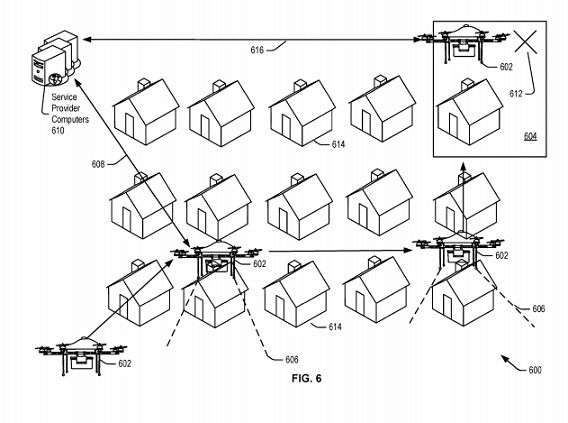 Amazon continues to innovate the e-commerce industry and working towards delivering packages through a drone delivery system would be no exception to these technological advances. Drone deliveries have been in the works by Amazon for quite a few years now and in just a couple more we could be seeing drones delivering our packages daily. If successful, more e-commerce companies could develop their own technologies for drone delivery systems.