BonaDrone, a tech startup based in Barcelona, has launched a crowdfunding campaign to bring the world’s first 3D-printed, customizable drone to market. Backers can receive, along with 3D-printed merchandise and several drone accessories, BonaDrone’s Mosquito drone. The company expects to start shipping these in September this year. 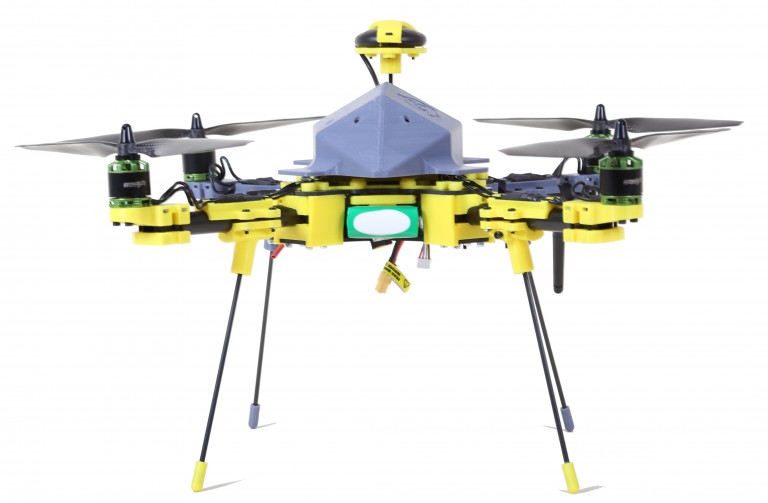 The Mosquito has been in development for several years, and looks like a drone ready to offer a different way of doing things. As well as being 3D-printed, it’s fully customizable. It can be shipped disassembled, allowing users to build their very own drone from scratch. Luckily all of the software and electronics have been taken care of. What’s left is a concept that is sure to appeal to tech, DIY, and RC enthusiasts, while also being a great way to get kids involved with drones for the first time.

Users receive the Mosquito in pieces, with full instruction for the build.

Users can choose the color and accessories of their Mosquito drone. They also have the opportunity to upgrade the material used before building their design from the 3D-printed parts. Aside from full customization, BonaDrone has two interchangeable accessorieson offer. the first is a gimbal, to attach a camera for stable video photography. The second is a hook for transporting light objects with ease. Further down the line BonaDrone will ask users to suggest new accessories and functionalities for the Mosquito, which will then be designed and made available to the community.

The Mosquito also comes with several autonomous flight features built-in, including a follow me function, flight planning, and a return-to-launch capability in case of an emergency.

The team at BonaDrone team is made up of five engineers from Barcelona, Spain. In a statement before the launch of their IndieGoGo campaign, Josep, Jordi, Àlex, Dani and Pep said:

“We hope that our project will get a great reception, and see this campaign as a fantastic opportunity to spread the word about drones and 3D-printing, both inside and outside of the technology community. The aim is to give our users the tools and the knowledge to self-meet their drone expectations. We are also keen to receive feedback on our Mosquito drone and develop new products and accessories. Ultimately we want to inspire creativity within the community we hope to create.”