Most drones on the market upload the videos that they take during flight directly to the Internet. For most users, this isn’t an issue because they are regular consumers that are piloting their drone for fun and catching videos of nature or sporting events. For pilots that are using drones for security and surveillance jobs, this creates an issue because there is no privacy.

When a drone is being used for serious purposes such as staking out an area or flying into an area where a suspected criminal could be, it could be detrimental if the videos upload directly to the Internet. This could ruin the entire operation that the drone is working on and provide enough tips to the suspect to allow them to escape unnoticed. The Army also uses these drones in their operations, which would mean information that is directly uploading online could cause huge problems.

This new upgrade to the DJI drones comes in the wake of their drones being suddenly barred from service in the U.S. Army and Navy during August 2017. Drone pilots were instructed to shelve their drones and remove the batteries. Though the military branches didn’t relay a specific reason for doing this, they did confirm that this was due to unspecified security issues. 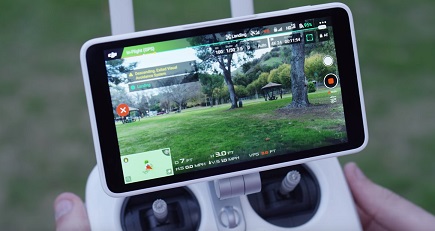 Though users have the ability to turn off the automatic reception and delivery of internet data, they will want to turn that on occasionally to receive firmware updates for their drone. One other issue that could possibly create a problem is that with the data off on the drone, the pilot is on their own when it comes to locating it if for some reason it was to get lost. Without the ability to detect location, this also means that the drone won’t register if it is in a no fly zone and flight restrictions won’t automatically be adhered to. This makes the user responsible and accountable if there are violations in the flight.