After this week’s recent leak there have been possibilities coming out of the floodgates like no tomorrow. DJI filed for a trademark application this month for the name of “DJI Spark” which may be their newest drone.

Information continues to be released over the past couple of days, which is leaving everyone asking the same questions – is this new drone legit, and what can we expect in the near future?

We’ve managed to compile all of the latest information on the DJI Spark so you can get up to speed on a single page.

How Big Will the DJI Spark Be?

So far based on what we know, being the general consensus and all of the information we’ve seen thus far, the DJI Spark will be about 130x150mm or 14cmx17cm in size. Diagonally it will be 200mm total. If this all rings true, then we can expect the DJI Spark to be the first ever drone in the ultra-portable selfie market for DJI.

Leaked images have suggested that it’s going to look very similar to the Mavic where motors and the general shape are concerned. The propellers also have a striking resemblance but of a smaller size. 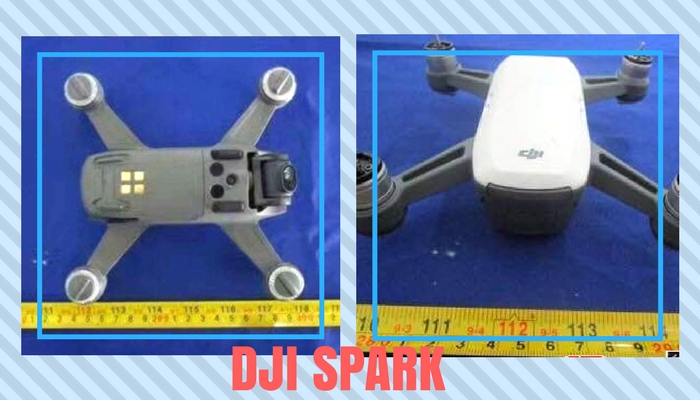 It’s unclear at this time of writing what the actual concept for the DJI Spark is, but because of the lack of folding arms, it may give some clues. There’s no doubt that this drone is going to be one of the most portable ones that we’ve seen thus far, capable of capturing photos and videos in high resolution, but we expect nothing less from a brand like DJI.

One released image showed the name “Spark” followed by “MM1A”, which has led us to believe that this could also be an indication of the rumored Mavic Mini, which has also been making waves within the enthusiast community.

We’ve also seen from the specs sheet that the 2.4GHz remote control will have Sonar and VPS senses and be around 17x14cm in size.

What it Could Be Made Of?

Based on the leaked photos we are pretty sure that it’s made of the same tough plastic that the 450 and the 550 Flame Wheel drones are made of. This means that the DJI Spark will definitely not be easy to break if these rumors and theories are true.

The Battery, Flight Time, and Camera 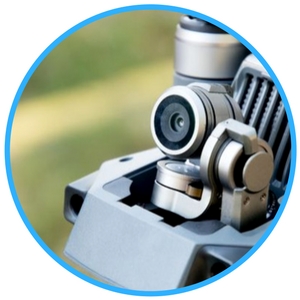 This is where it gets tricky. The DJI Spark battery has no information at this time, but the flight time and the camera definitely do. The flight time is anticipated to be approximately 15 minutes, so it’s expected that the type of battery that is going to be used for the DJI Spark is one that we’ve already seen before, but we cannot be too sure yet.

Where the camera is concerned, this is where it gets pretty exciting. It’s expected to be capable of 12MP still photographs and 4K video. Like we said before, it’s expected to have 2 cameras total, one of which with a wide angled lens. The other is rumored to have a more standards focal length that will be approximately 50mm for a full frame equivalent. We know this because the housing for the camera is an oval shape and not round, so that tells you quite a bit.

Anticipated Specifications of the DJI Spark

With all of the information that we have been given thus far, we’ve compiled a list of specifications that we are expected to see from the DJI Spark:

• Brushless motors
• Charged through a USB port
• The battery on the underside of the drone is removable
• Quick release folding props
• 5.8GHz video and 2.4GHz remote control
• 2-axis camera with a potential dual lens
• Charging contacts underneath the drone with a charging station or docking bay
• Optical flow camera
• Dual ultrasonic sensors

What the DJI Spark Could Be For?

There are a lot of theories circulating right now on what the DJI Spark’s purpose could be. Based on the ultrasonic sensors and the downward optical flow camera, it’s been suggested that the new drone isn’t for racing, but that’s up for debate right now.

However, because of the 2-axis gimbal and the two-lens camera, it’s been suggested that it may be for racing because of the normal association with them. This theory was brought on by the probability of the high-resolution camera that’s said to be of GoPro quality. This would also include the 5.8GHz video feed that’s normally seen in racing drones, so there are quite a few theories at this time of writing.

The photos are, in fact, showing that the drone has small, fixed arms that don’t fold down, so the specifications and the features that we’ve been given do indicate that there are some racing qualities to it. 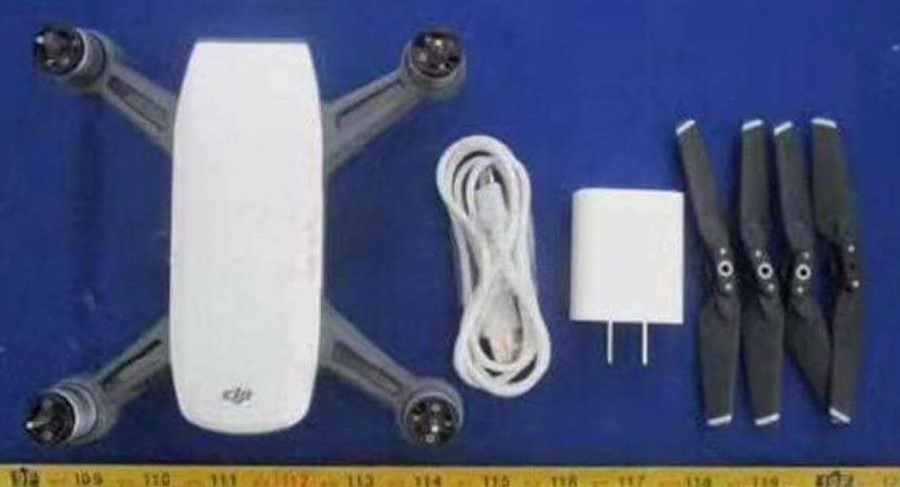 The Features to Expect

Based on leaked photos and information, there are quite a few features and even more feature theories floating around. For one, the DJI Spark is expected to have an infrared obstacle avoidance system based on the black surface on the drones in one of the leaked photos. The black space in question does look a lot like the TOF sensors that are found on the side of the DJI Phantom 4 Pro.

The price theory is quite a large one. One theory states that there are going to be different prices for different versions. It’s estimated that it will cost around $600 for the purchase of a kit that includes 3 batteries and the RC, while the other will be around $450 for the DJI Spark alone.

Another theory states that, when compared with the price of other small-scale portable drones, like the Yuneec Breeze 4K, for example, it will be around $500 for the DJI Spark.

For the release date, however, this is where it gets exciting. It’s rumored that the DJI Spark release date could be as close as this summer. That means we could have it in just a few short months!

Now that the cat’s out of the bag, drone enthusiasts from all over the world are patiently awaiting more information on the DJI Spark, the DJI Spark release date, and anything else they, ourselves included, can get their hands on.