In the movie “Slumdog Millionaire”, director Danny Boyle showed us years back just what the slums of India were really like. It’s not just the poverty and lack of funds that really hits home with those who see neighborhoods such as this, it is the fact that they are sandwiched so close to each other, to the point where they probably don’t know what each other’s lives are like.

In these segments captured by photographer Jonny Miller, the first thing you notice is just how close the different neighborhoods come to colliding with each other, and you can sense the tension that is no doubt present in the “No man’s land in between”. When you take a good look at images that depict golf courses right next to those that are living in true poverty, it really strikes a chord and makes you think.

Wetlands that stand as a clear buffer between rich and poor are most definitely depicted in a great way here, where you can clearly see the difference between square footage, and ultimately, the way that the day-to-day existence of those in poverty feels like.

Cities like Manila and Rio have long been filled with slums that many in the western world would not want to live in. These worlds depicted here really blew our minds, because these are places where someone’s hard work and dedication may not get them out of poverty, and there are no landlords, organized structure, or code to abide by.

Part of the magic of drone photography is what you can really sense from above: the first time that many took a flight in an airplane, they were amazed by how the fields looked, and how cities are truly set up on the “grid” structure. We were so blown away by these goods caught from overhead because of how the “grid” becomes scattered and disorganized in the locations that had many impoverished living in them.

While it is true that hard work pays off, and years of school can really set you up for life, it is becoming more and more evident from the ground and the air that the inequality ravaging our planet is at a very defined and escalated state. While there is positive moment forward in nations such as Bangladesh where micro credit funding changed the face of the entire country, there are going to be many in the future who are still struggling day to day with the task of just trying to feed themselves.

It really is shocking to see just how much difference there is in our world when it comes to living arrangements, dwellings, and the ways in which neighborhoods are set into existence. Drone footage is not just showing us the beautiful, but also the more scarred side of humanity, and there is quite a lot to be learned about society when you are capturing awesome and thought-provoking images from above. 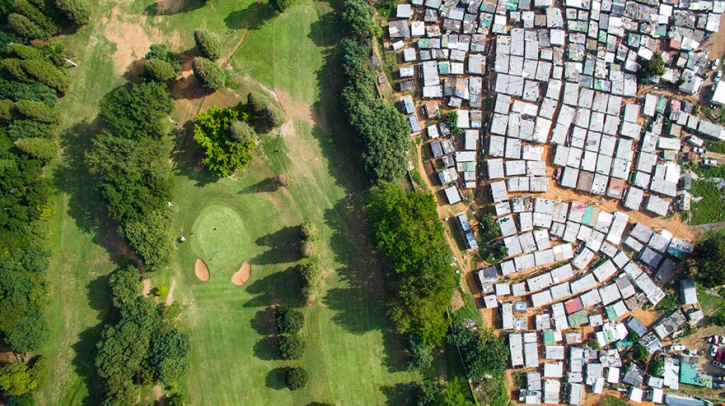 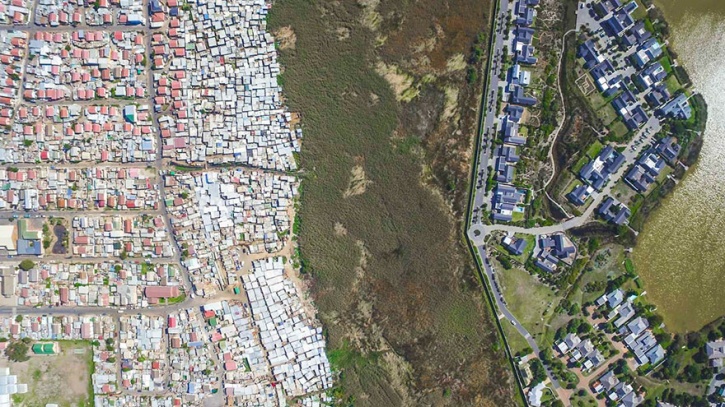 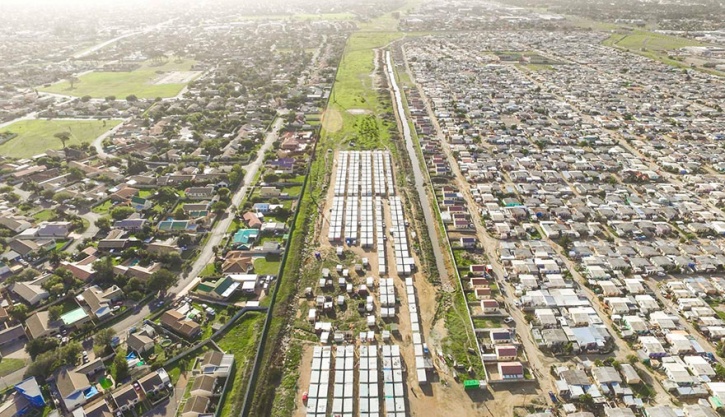 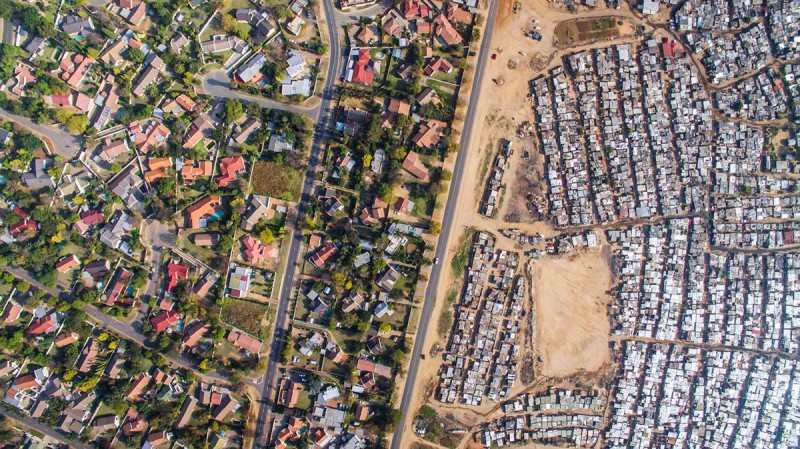 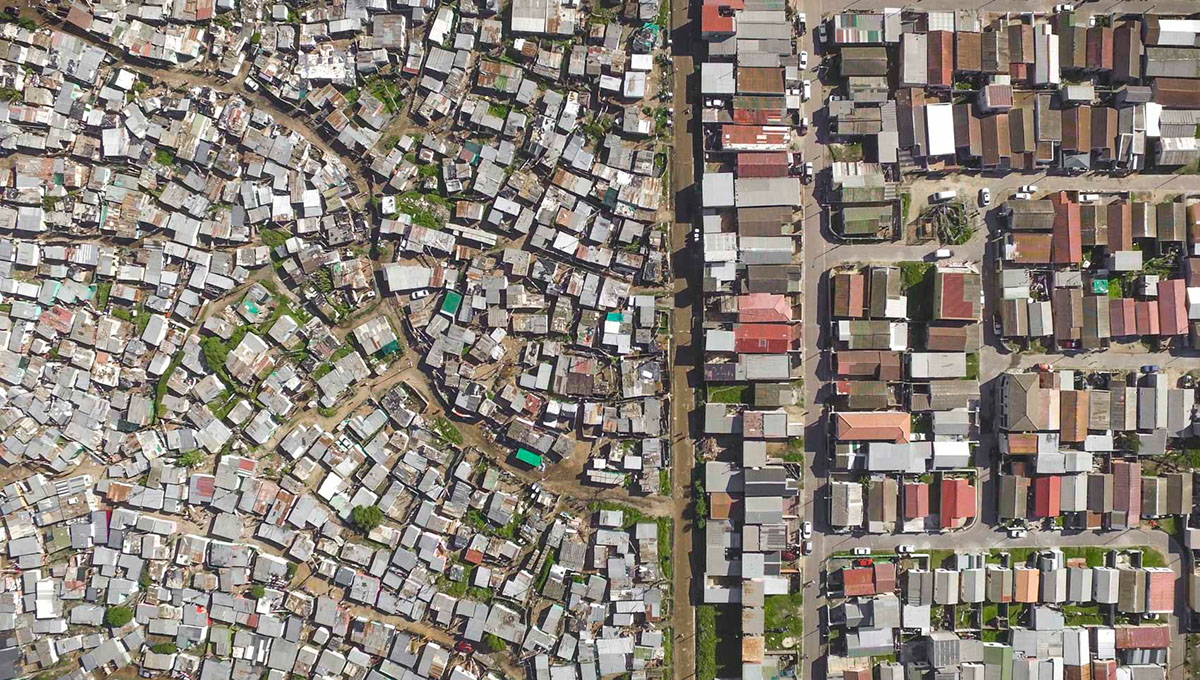 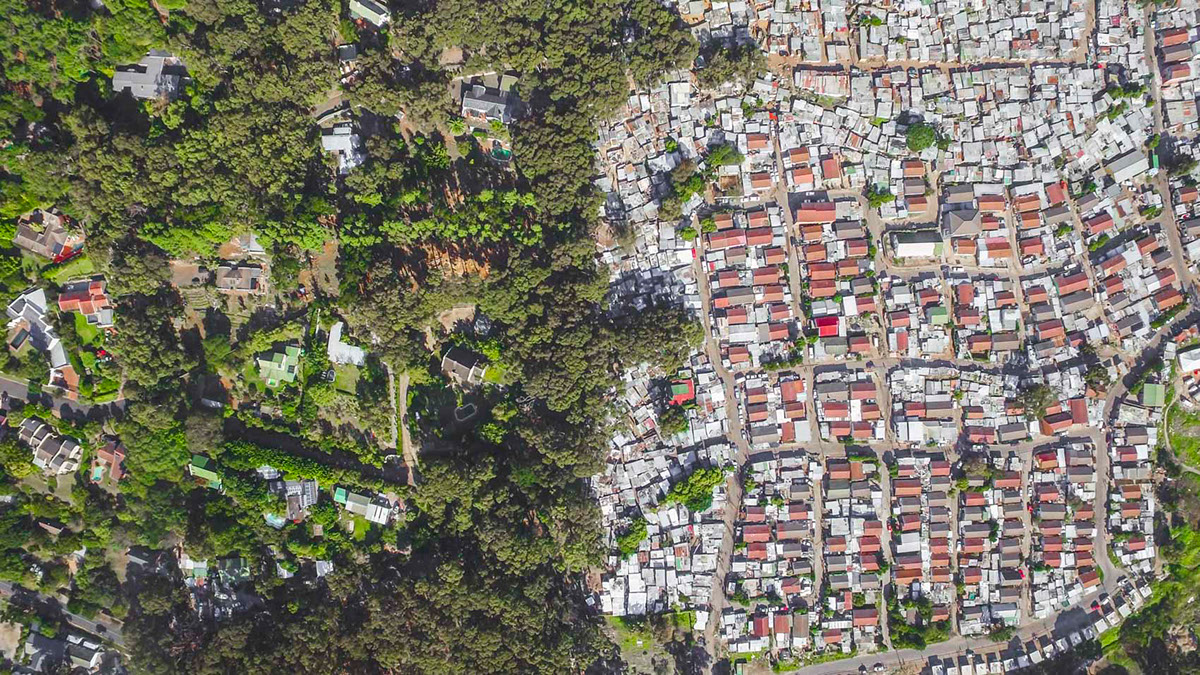 View Johnny Miller’s inequality series at Millefoto.com or the website for this project www.unequalscenes.com