Flying a drone in Pennsylvania is definitely not for the light of heart. Though it’s a beautiful state, there are a lot of underlying issues where drones are concerned. Users should take extreme caution where they fly to ensure that no problems arise.

Going forward, understanding the limits and regulations for drone use in Pennsylvania will ensure that you have what you need to fly where you’re supposed to.

Learn All The Drone Rules & Regulations

All that said, let’s move on to the important stuff.

The Delaware River’s Cooper River Park in Jersey in an absolute gem for flying over and getting some good scenery shots. It holds some of the best horizon views that Philadelphia has to offer and features a quiet park on the riverfront that is perfect for flying in a sunset or sunrise.

Knight Park, also in Jersey, features distant skyline views of Philadelphia and a backdrop that looks incredible when the season of autumn hits. It’s a perfect recreational space in Collingswood that any drone user will enjoy.

Pennsylvania has some amazing state parks that are also wonderful to fly a drone in, as well. Beltzville, Benjamin Rush, Hillman, Lackawanna, Prompton and Tuscarora State Park are the only parks owned by the state where flying a drone is allowed, so feel free to take full advantage!

The Registering Process in Pennsylvania

From there, you will receive a Certificate of Aircraft Registration and Proof of Ownership. These will include an identification number for your aircraft. You must have this number displayed on your drone at all times. The number will be valid for up to three years. 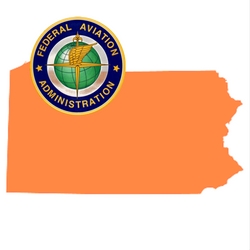 Proximity to Airports in Illinois 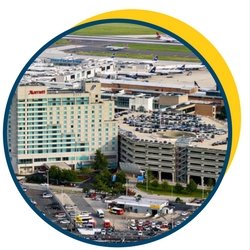 This is enacted nationwide, not only in Pennsylvania, under Part 101 of the Act, being Special Rule for Model Aircraft, to ensure that drone operations under unsafe conditions are disapproved before the drone can be launched.

At this time, of writing, there are no drone laws in the state of Pennsylvania aside from the rules and regulations put in place by the FAA. However, multiple bills were proposed in the past but none has officially passed to date.

One of these bills, Senate Bill 1332, was proposed on the grounds of concern over interference that unmanned aircraft can have during fishing, hunting, tracking, etc. Like the others, however, it never came to pass.

Should any proposed bill or law pass and become enacted in the state of Pennsylvania, we will update this section for your use.

Though there are no official drone laws currently in effect in the state of Pennsylvania, that does not mean users can operate however they wish to do so. There are certain restrictions and rules that have been put in place by the state and a handful of state parks.

Other Legal Issues With Drones in Pennsylvania

The main issue that many drone users in Pennsylvania have been facing is generally flying within state parks. More specifically, Tyler State Park has given a number of drone users a problem of not being able to fly in the park unclear reasons.

Therefore, it’s important that you educate yourself on flying in state parks that allow you to do so. You will need to look into which areas are designated for flying, comply with all of the regulations and rules, and ensure that you are not flying in any of the Bureau of State park locations that are restricted.

FAQ on Pennsylvania Rules and Drones 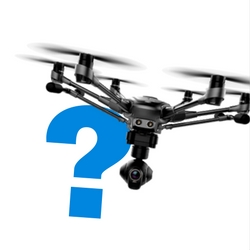 It’s flown for recreational purposes or as a hobby and not for any business or commercial reasons
It’s flown within visible distance, meaning being able to see it at all times, of the individual operating it
It’s capable of sustaining flight within the atmosphere, meaning that it can fly

How do I request flight permission from Air Traffic Control to operate within airspace class B, C, D, or E?

You can contact Air Traffic Control for flight permission through the FAA portal available online by clicking here.

Though the state of Pennsylvania can be pretty restrictive on where you’re flying a drone, gathering as much information as you can on state regulations and rules will ensure that you’re flying within the limits as much as possible.