Flying flags with a drone has been part of the rave among drone enthusiast groups. People discussed how to promote the high school football team or (our favorite) ask a girl out for prom night. This later was done by the high school student’s father. Awww, how sweet. 🙂

But never has any such flag flying action hit the news in such an extensive way as earlier this week in Europe. It was a qualifier in the European Championships and with a twist of fate, the teams of Serbia and Albania were destined to play against each other. These two countries go back a long way in history and they don’t exactly get along very well. Tension has been building between the two countries since to Ottoman Period with more recent incidents in World War II and the Balkan/Yugoslav wars more recently. We are not a historical publication, let’s just agree that these countries are like cats and dogs, when they cross paths, there is not much good to expect. The game took place in Belgrade, Serbia and in order to avoid violence (with little success as we know it), Albanian fans were not allowed to attend.

But despite these precautions, the game had to be stopped after 42 minutes when a drone (again, a DJI Phantom) flew into the stadium with a flag attached. The flag depicted the so called “Greater Albania”  and tension immediately erupted between the teams and spectators alike.  Mitrovic, a player on the Serbian team grabbed hold of the flag when Albanian players attacked him to fetch it. They eventually did when Serbian fans made their way into the field, hitting the player with plastic chairs. 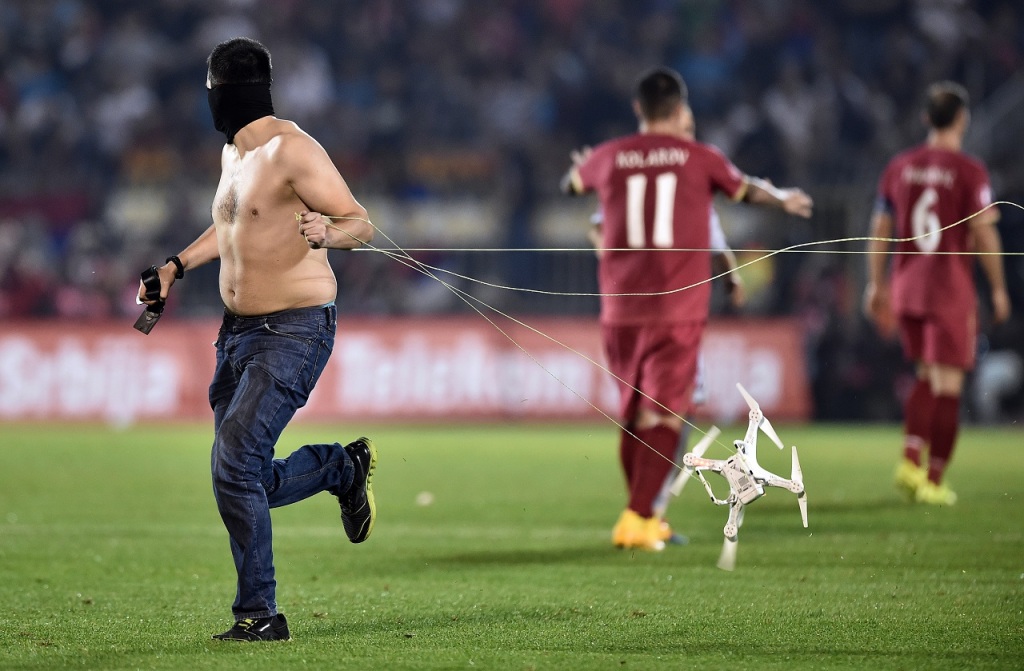 The drone turned out to have been controlled and sent to field by Olsi Rama, the brother of the prime minister of Albania who was later detained by police. UEFA condemned the actions and deemed it to be deliberate provocation, so sanctions are expected. 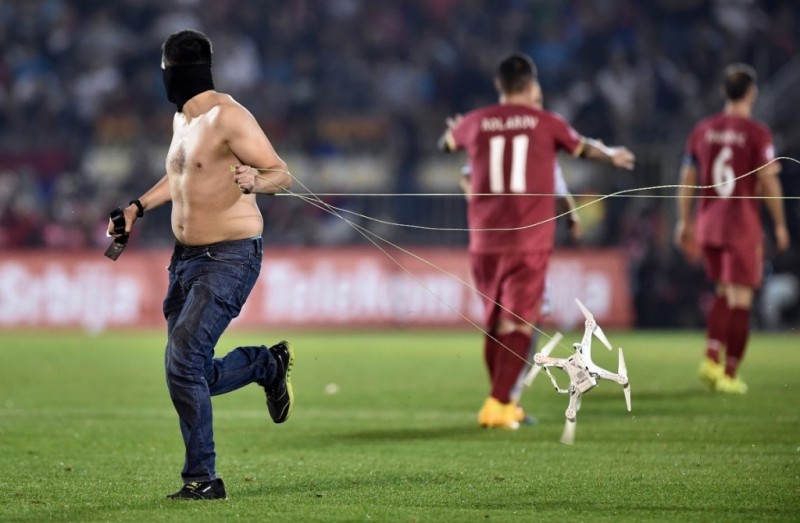