Drones are truly amazing, and are popping up in the unlikeliest of areas. The next big industry being revolutionized by drone technology is none other than the cattle industry. By using drones and software, farmers are able to gather more information easily and raise healthier cows.

In the United States alone, over 2.5 million cattle die each year due to health issues. The use of drones is set to help curb that, and help identify at risk cows before their condition worsens. This is big news for cattle farmers, and could potentially save them money while also keeping cattle healthy.

The big problem with many cattle farms is the fact that cattle typically graze out in fields most of the day. This makes it difficult for farmers to check on them as frequently as they should. If a cow is getting sick, it’s difficult to tell when it’s out in the field all day. Enter drone technology. Drones are being used to track cattle and gather information on their well being, ultimately leading to healthier cows. 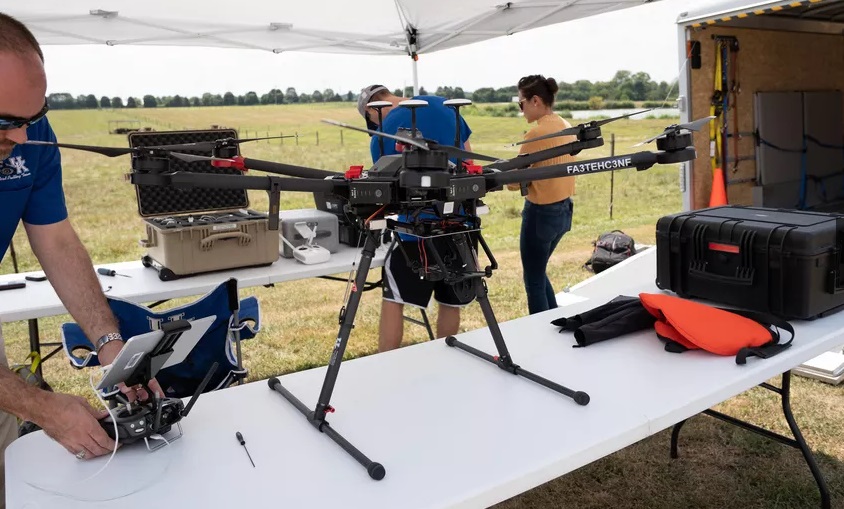 In China for example, they are using drones combined with facial recognition technology to track cows. Images from drones are used to build comparisons, and figure out which cow is which. From there they can also track things like how the cow behaves and how regularly it eats. With all these different data points, they can tell when a cow is acting out of the ordinary, and then trigger an alarm to check on it. This gives farmers immediate feedback, and catches sick animals before things get worse. All this comes down to using drone technology to help streamline the farming process and make it more efficient and easier.

A similar story is unfolding in the rural United States. A team here is also using drones and facial recognition technology to track cows. Their goal is to build models of all the cows on the farm and use that to make similar predictions of a cow’s health. In the end, they hope to provide the same actionable information to farmers.

This team also took into account the cow’s reaction to the drones. Their thoughts are that if the drones agitate the cows with their presence, then the readings they’ll get will be inaccurate. To test this, they attached heart rate monitor to the cows while the drones were flying overhead. Luckily, they saw no change in cows, giving them the confidence to continue building their models. 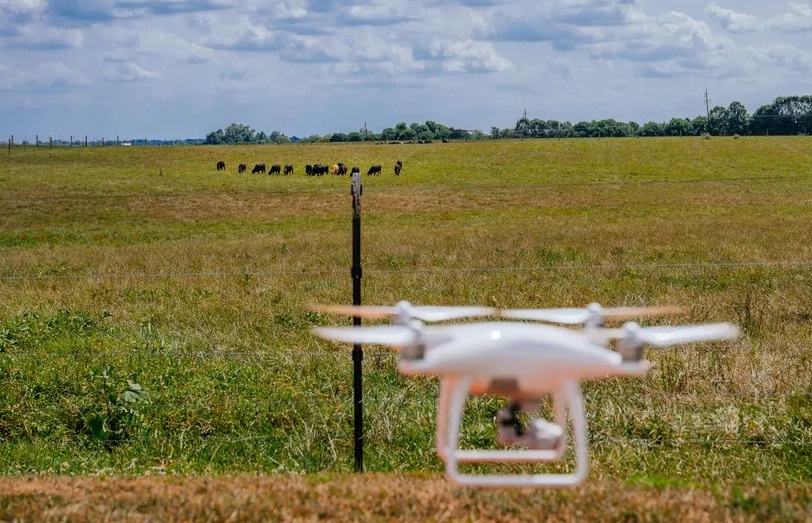 Out of India we see similar technology in the form of an app called MooFarm. While not a drone, it’s interesting to see the different takes on the technology. It’s also not out of the question that one day we’ll see the integration of MooFarm with drones.

MooFarm uses facial recognition technology to help farmers build a profile of cows. This lets them monitor their health, and get reminders for things like veterinary appointments. It also helps prove which cow is which for tricky situations like insurance. With technology backing their claim, it puts farmers in a much better position to get their due if their cow does kick the bucket.

It’s awesome to see drone technology being used in some interesting places. Dairy and cattle farming is not something people think about everyday, but it’s important to millions of people around the world. With the integration of technology and drones into the equation, it opens the doors for countless possibilities. It will be interesting to see the technological progress here, but also see where else drones come into play. Who knows what industry drones will revolutionize next?