With fires raging in California, it’s a good time to take a look at how drones might be used to help combat future fires. Drones are helping fight fires in a lot of ways, from prevention and data collection, to intentionally starting smaller ones as crazy as that might sound. Around the country, drones are being put to use to hopefully save lives, and also make the jobs of those fighting the fires easier.

San Diego is one example, where drones are just one part of an extensive network designed to help prevent and monitor fires. Right now, they use a series of air crafts that take images and data of fires, and then this is then relayed to smaller aircraft and eventually plugged into a computer. This computer runs simulations, taking into account countless variables, and tries to make predictions on where the fire is likely to spread. 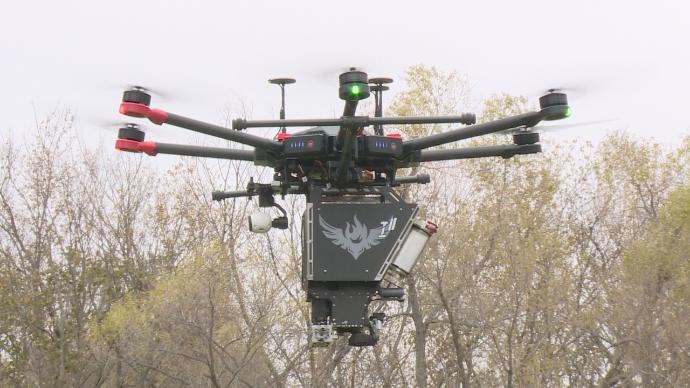 Some of the new ideas are to put drones into this mix to monitor fires. Unmanned drones could be used to monitor fires as they grow, and relay this data back to those same computers. Drones might also help serve as an early warning network. Having drones in the air during high risk times could help catch fires before they get out of control. This gives those fighting the fires a better chance to contain it as the beginning of the fire is the most crucial. This ultimately would lead to saved lives, saved property, and millions of saved dollars that would otherwise be put towards fighting the fire.

At the University of Nebraska-Lincoln we have another instance of a drone being used to fight fires. They’re doing so in an odd way, by starting small fires they hope to stop the larger ones. Their drones actually drop small spheres that ignite, and create small fires that burn away brush. The thought is that this brush is usually used as fuel for the fire, so depriving the fire of it will slow it down.

This is already a tactic that is employed, but in many cases is down manually by crews, which is time consuming and dangerous. Having drones do it eliminates the need to get people in the field, and eliminates the danger present when working so close to large fires.

Their drones also includes thermal cameras to allow for night time data collection. It’s usually too dangerous to fly over a fire at night, but with no potential for the loss of life these drones make it possible.

At the core of all this they’ve also built software that makes controlling the drone easy. It allows users to automate everything, including setting up boundaries, making the whole process possible with little human intervention.

Outside of fighting fires drones have other uses in the fire department too. The Los angeles Fire Department is one such group that’s using the power of drones to save lives. They’ve recently looked to double their stock of drones after a successful partnership with Chinese drone manufacturer DJI.
The LAPD, uses drones for a wide range of tasks such as search and rescue, work in marine environments, and soon dealing with hazardous material. Currently though, the drones biggest use for the department is taking infrared images to combine with heat signatures to get a more in depth look at fires. This just goes to show the wide variety of tasks that drones are being put to.

It’s great to see another good use for drones. The usefulness of drones grows more each day, and the amount of human lives and money they look to save is tremendous.