DJI is teaming up with entomologists in Tanzania to help save lives and control an extremely deadly disease. Using drone technology, the team is working to control the population of mosquitoes, which spread the deadly disease malaria. Malaria infects over 10 million people and kills 80,000 per year in Tanzania alone. Looking at those numbers, it’s easy to see how big of a problem the disease can be. The team hopes to solve that problem, and show that control of the disease is possible. If they are successful in Tanzania, it’s likely they’ll expand to other countries in Africa. 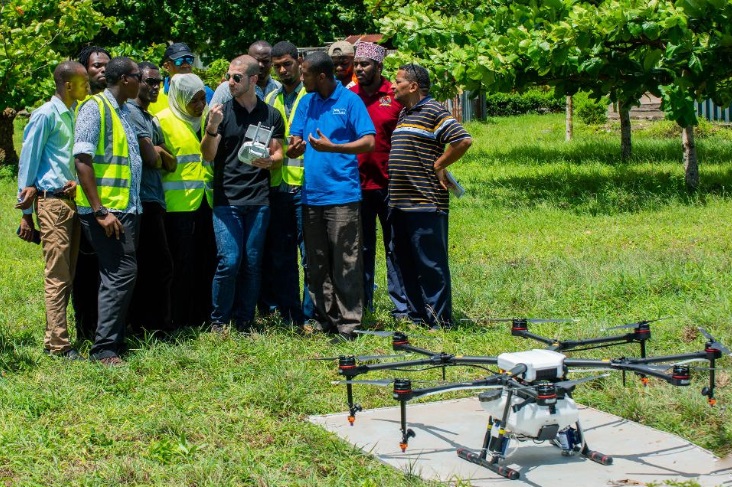 The team is doing so with a modified DJI MG1-S Agras drone. The drone is hooked up to spray a unique, biodegradable compound over the rice paddies. The compound targets stagnant water, and prevents the mosquito larvae from growing. Stagnant water in rice paddies is a huge breeding ground for mosquitoes, so spraying the compound here is intended to have a drastic effect on their ability to breed. This is all with the goal to limit the population of mosquitoes, which in turn cuts down on the population. They key idea is that mosquitoes are what transmit malaria, so cutting down their population will cut down on how often the disease is transmitted.

There has been some similar spraying done in the past, but never by drone. Doing so by hand is very time consuming, and simply isn’t practical for large areas. At the other extreme, helicopter spraying, is simply too expensive and impractical. Enter drones, which bring the best of both worlds. Drones are able to cover vast areas of land, but are generally inexpensive to fly. This makes spray for mosquito larva possible, and hopefully will put a large dent in their population.

This will be the first large scale study looking to demonstrate that mosquito populations can be significantly reduced. Up until this point, attempts at mosquito population control haven’t been successful. At the end of the study, the group plans to publish their results in a scientific journal for peer review. The results aren’t in yet, but initial screening looks promising and the hopes for positive results are high. This is the first undertaking of its kind, and has potentially large ramifications if successful. As noted above, millions of people each year are affected by the disease, so even a few percent decrease could mean thousands of lives saved. 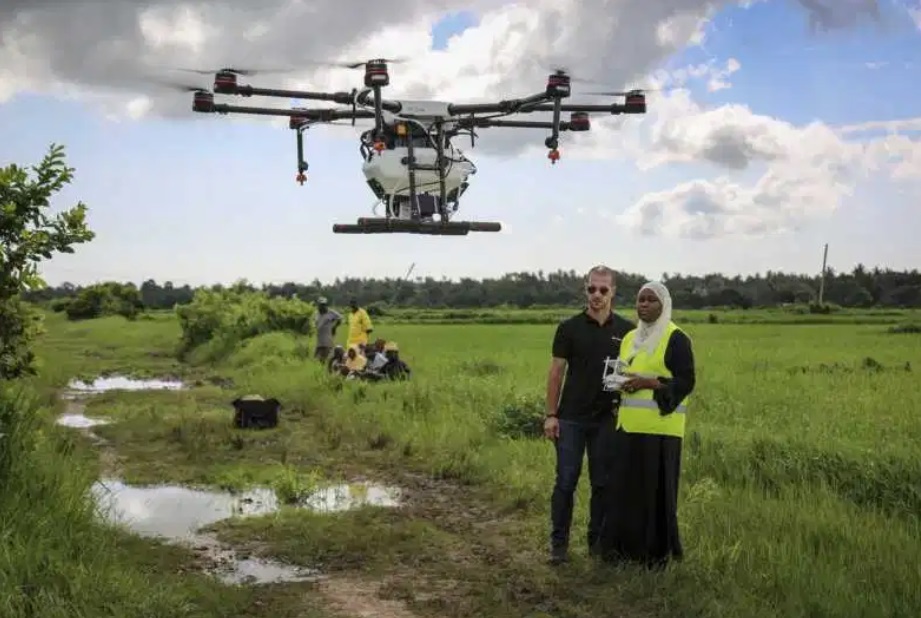 The team is also working with Tanzania Flying Labs, a local robotics group at the University of Zanzibar, to help support economic development. They’re doing this by training locals as drone pilots, as well as business planning. This is important as once the study is over it will likely be on the locals to continue with the flights. Having the locals aware of what is going on, and how to continue with it afterwards is key to maintaining the reduced mosquito population. It’s also important that they are able to sustain the drones, as well as keep funds available to fund future flights. A lapse in work could see the mosquito population spring back to life, so it’s important to stay consistent.

As the study continues, it will be interesting to see if the spraying works. If it does, it could greatly reduce mosquito population in Tanzania and elsewhere in Africa. This then leads to a decrease in Malaria cases, which could literally save thousands of lives each and every year. The stakes are very high here, and success will have great implications for millions of people. Hopefully we’ll see results soon, and they’ll be overwhelmingly positive.