DJI has never failed to provide some of the most impressive drones we’ve seen on the market today. However, the Mystic by Airlango is the latest runner-up that gives DJI a run for the championship.

The Mavic Air by DJI features foldable arms, gesture control, and automated flight mode, which we’re all familiar with by now. The Mystic, interestingly enough, is a lot like DJI’s Mavic Air, but Mystic is aiming to make it an artificial intelligence drone with a much cheaper price tag. 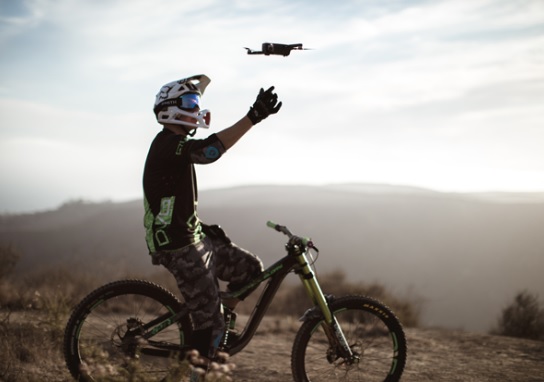 Airlango is hoping to push a new era for autonomous technology that serves the needs of the user by means of neural and perceptive processing.

“The goal with Mystic is to create an advanced drone with integrated, never-before-seen features. These features are meant to give users more opportunities to use drones in their endeavors, whether it is for work or for personal projects, with fewer tech restrictions than existing drones on the market,” the founder and CEO of Beijing-born Airlango, Yinian Mao, commented.

The Mystic AI drone uses Safari mode, which gives you the ability to set a designated area for your drone to explore. This area can be up to 200 meters of space. What’s interesting about how Mystic and its Safari mode works is the fact that, while flying in the designated 200 meters of space, the drone’s artificial intelligence system will take pictures of anything it particularly likes.

The Mystic drone also has 6 gestures that are specifically used for controlling the drone. You can also customize these gestures so they work best for you. Your Mystic will be able to recognize you, therefore responding to your gestures alone, never responding to anyone else.

One of the more interesting modes that the Mystic has to offer is Template Photo mode, where the Mystic drone recognizes a group of people standing within the frame. It will then position itself in order to gain the best perspective for the photo. For example, getting a better look at what’s behind the group of people without having to sacrifice room for the group in the photo.

Mystic has technology that we’ve seen in cars that drive themselves, including object tracking and detection, obstacle detection and avoidance, planning and navigation algorithms, and even stereo vision. Like DJI’s Mavic Air, the Mystic is able to be folded up for compact, easy storage, and transportation.

Mystic uses the Snapdragon 820 processor system that allows for faster performance, stronger WiFi connections, and some of the best efficiency on the market.

The camera itself uses a 12.3 MP sensor that is capable of 4K resolution and 30 P on a 1-axis stabilized, hybrid gimbal. The Mystic, allegedly, also has a maximum flight life of up to 30 minutes, which is incredible when you compare it to the 20 minutes of battery life that the Mavic Air by DJI offers.

The Mystic AI drone, at this time of writing, is still available on Kickstarter with a $500 final price that you can check out for yourself. The Mystic is expected to be released by November of this year.