While the use of drones for deliveries is a hot topic as of late, it may have another roadblock and that’s the public perception. According to a recent poll IMechE, only 23% of the people in the UK support drone deliveries. That’s astonishingly low and shows that convincing people of the value of drone deliveries is another hurdle to its adoption. If people don’t want drones in the air then it may dissuade businesses from investing further in the technology.

The disapproval comes from concerns of theft, damage, and accidents. People just don’t seem to be very warm to the idea of drones, and many see them as a potential to cause serious problems. This may be a case of misinformation, being resistant to change, or both. 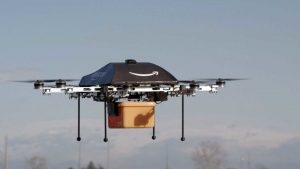 Media coverage probably also hasn’t helped. The types of things that make headlines are unfortunately the misuse of drones. Whether it’s issues around airports, or the rare crash, these are the types of stories that typically get picked up. When that’s all the general public hears about drones it’s not hard to see why they might be a bit distrusting of the tech.

The results are also interesting when you look at how the disapproval changes in age groups. For ages 65-74 only 18% approve of drones, while 25-34 year olds sit at 48%. That’s a stark difference, and shows how the generational divide plays a role. That said, 48% is still probably a lot lower than most in the field would like to see.

Whatever the case may be, it’s important that governments and drone companies see this and take the initiative to educate the public. The fact is there is already legislation out on drones, as well as companies working hard to make sure they’re safe and effective. Many people are simply unaware of this progress, and it’s crucial that they understand it in order to make an informed decision. 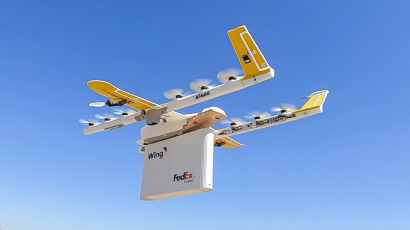 It’s also important to highlight the benefits and improvements in drone technology. If the only press drones get is negative then it’s going to be an uphill battle to shape the public’s opinion on them. Working towards painting drones in a positive light will go a long way for those not as into the tech as others.

Outside of deliveries, drones have a much better image. In terms of emergency response services, drones enjoy a 75% approval rating. This shows that the public is certainly willing to accept the idea of drones, it just takes some work. It seems that the public understands the benefits of drones in some cases, but is a bit wary of having them so close to home.

All this is very important for drone delivery companies, but also has wide-reaching effects on nearly everyone. Drone deliveries can help reduce congestion on roads as well as cut down on emissions. Both of these items bring real benefits to people, even if they’re not the ones receiving the delivery. Education on the benefits here may be another key to getting the public onboard.

At the end of the day, it’s going to take a lot of work to sway public perception on the topic and it’s certainly an uphill battle. The most important thing is to start getting the knowledge out there and educating people on the use of drones and their benefits. Many concerns over accidents or privacy can be easily alleviated with a little bit of insight into the progress drones have made in the past few years. Hopefully, we’ll still be seeing drone deliveries on a wide scale soon, and that the public will warm up to the idea.