A drone in the lower end of the mid-price range that has extended flight duration and many advanced features along with 1080p video has been anticipated for quite some time. During December, Hubsan made the announcement that they are making the choice to expand further on the line of their X4 series, and will soon release the Hubsan X4 Air Pro H501A. Hubsan has released drones in the past such as the H111D Nano Q4 FPV, which is one of our picks for coolest quads in the lower-priced category.

In this image, you can see what the quad looks like head-on, and it’s pretty awesome. The body is almost a bit like the new Dji Mavic, with the “underwater alien” appearance that many users are drawn to. 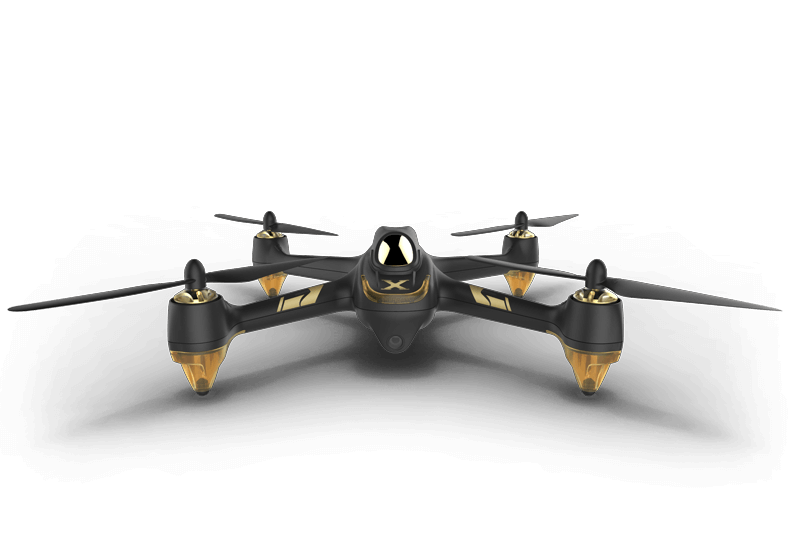 With this feature-loaded new drone, the pilot will reap the benefits of a GPS system, and will be able to gather images from a 1080p camera. You’ll be able to control it from your smartphone if you wish, and the FPV transmitter is as nice as is featured on other high-end drones.

Here are some of the specs that the X4 Air Pro H501A features:


This quad has a very sleek black and gold look, and is definitely less bulky than many that feature an HD camera as part of the package. The H501A is going to definitely be an excellent lower priced drone: for an average of around $300, you get a drone that has longer than 7-minute flight duration, and will follow through with advanced operations such as way points missions. 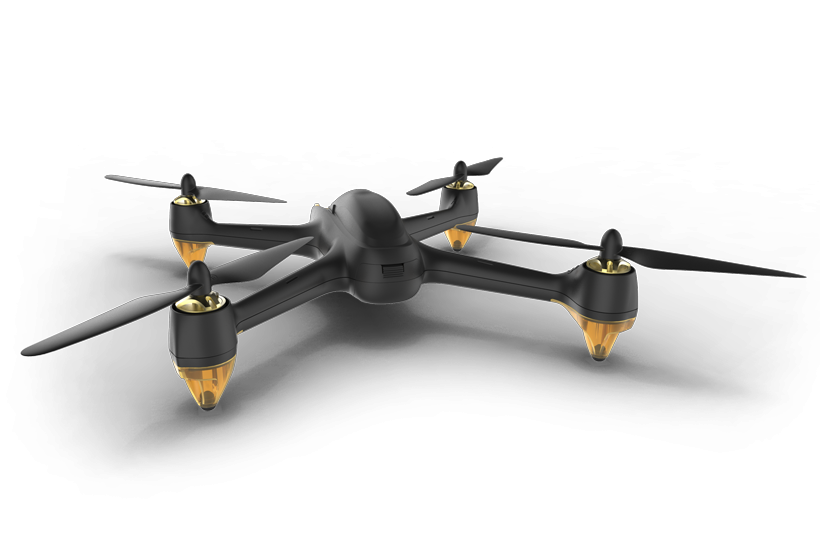 Here are some of the specifications for the X3 H501A:
One of the reasons this release is so exciting is that it opens up an entirely new scope of possibilities for the “practice” set: this is a drone that will allow you to become familiar with some fairly advanced operations before getting your hands on an expensive number such as the DJI Mavic.

One of the things that is going to keep the X4 Air Pro H501A in a nice class of its own (before a competitor steps up) is the APP Waypoint Function. After this drone takes off, you select your destination on the screen, and the drone will zip directly there. The more features such as this that a drone has for flight control, the more the pilot learns to enjoy the flight, and not be worried about keeping things afloat.

Here is where you can take a look at the control: in this image you see that with a centrally-placed screen and cool black finish, Hubsan put in an amazing effort to make it appear and function like a controller from a much more expensive model. 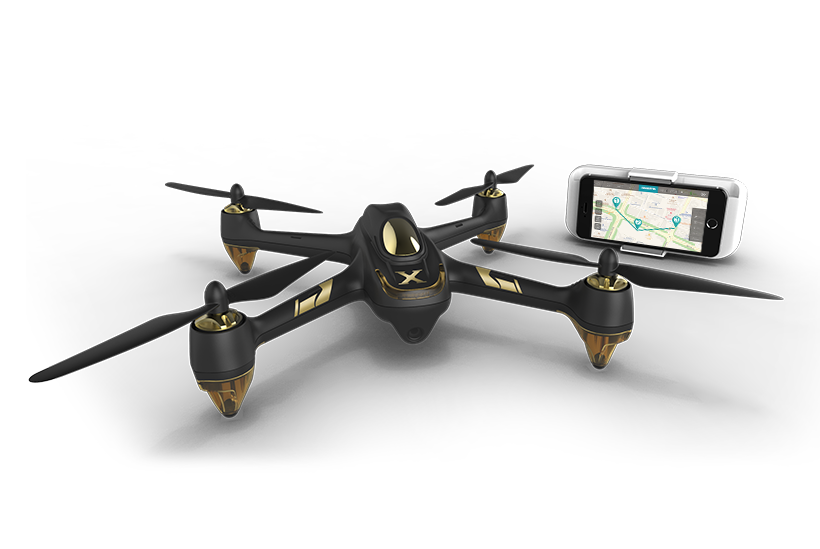 With the orbiting function, you can perform true 360-degree photography and videography, which is great for action sports such as downhill bike racing or marathon runners. At this pricing point only a year or two ago, you were simply getting a drone that may have a bit longer flight time, with a 720P camera, which is what diehard drone pilots will love about it.

The live-streaming FPV feature is far more advanced than what you get included along with something such as a $50 drone. Instead of clunky and low-MP imaging, capturing footage at this quality level will allow you to practice for real estate imaging, or learning to survey land.

Automatic take-off and return home function is going to wow users as well: this return home function is not just to do manually if you lose sight of your drone, but will activate if the signal is broken from the transmitter, which could really provide you some piece of mind if you are in an area with many trees. Flying the X4 Air Pro H501A in Headless Mode will be just what experts asked for: during this you get a more sensitive transmitter, and the ability to maneuver on a dime.

Here’s what you get in the package when the X4 Air Pro H501A arrives:

Finally, here is a great video that illustrates this new Hubsan drone in action. You really get a feel for what the 1080p imaging is like, and it shows you video as well as still photos. It shows how the drone handles overall, and highlights some of the features such as Automatic Return, while giving you a good idea of its capabilities and features. You get a good feel during this video for the size of the craft, and the way it maneuvers.

Can you easily switch between modes 1 and 2?
Yes, you definitely can.

What are the main differences between the basic and higher-priced controller?
The one that costs more is configured better, has higher precision, and a further range of control.

Does this drone support goggles?
You can definitely use goggles, but the they must meet the requirements of 5.8G signal received, and the frequency needs to meet more than 32.

What types of SD cards can be used with the X4 Air Pro H501A?
This drone can support SD cards from 4G memory capability on up to 32GB.

Does the transmitter actually have a display?
Yes, the display is 5.8 G and thoroughly supports FPV function.

This is a pretty exciting development in the drone world: what you get for a very reasonable cost is a drone loaded with high-end features. One of the only things to keep in mind is that this one may be a touch more fragile then others with the same capabilities, but it is a front-runner for many pilots to purchase who are looking to slowly become more serious with the hobby.