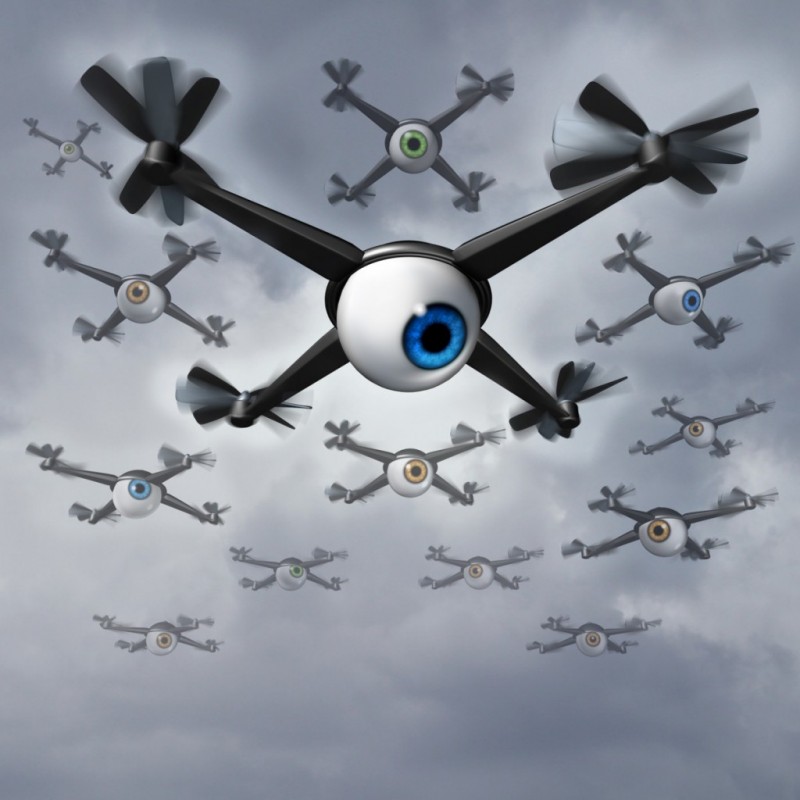 The legal aspect of our beloved hobby is a hotbed, creating controversy about UAV regulations around the world. There are opposing sides debating, sicking to their otherwise valid positions. We love to fly and never wanted to peep on people or invade anyone’s privacy. But people freak out from seeing a drone several hundreds of feet above which obviously is not a threat to their privacy as one could go to Google Maps and zoom down closer. At the same time, UAVs do create considerable noise, so it’s not like it could secretly spy on you. But we understand those positions and a mutually acceptable solution to the issue must be found, though RC flying etiquette already covers the issue and most dronethusiasts around the world respect that. Don’t know any quad flyers that are voyeurs at the same time, or if they are, it has nothing to do with them owning a drone.

Than there is the safety issue which is also well respected by most UAV pilots, the few ignorant and cocky ones pose a threat though. Again, the safety issue is a very important and valid one, we in fact will come back and discuss it at later volumes of our series.

And than of course there is the commercial side to things. Industrial grade drones clearly have the potential to disrupt a lot of industries and improve quality of life for billions of people. In fact, there are many instances when drones save lives. In fact, our team was commissioned by local police the other day to help find an autistic child. We set out to help with two quads and an all wing robot plane with a range and full downlink coverage of 5 miles plus waypoint flying capabilities. By the time we geared up ready to roll, the kid was luckily found. Hopefully we will have a chance to help out next time. Of course there are dozens of fields UAVs can outperform current technology besides search and rescue.

So this short general roundup only attempts to scratch the surface of the UAV regulation situation as it unfolds. Every year, as remote controlled aerial vehicles get more and more popular and their uses grow, they get more and more attention from both the media and regulators. Even though popular media may refer to any UAV as a drone, it can mean anything from a small quadcopter flown as a hobby to an advanced military weapon.

Like any technology being newly adapted across many fronts, the rules and laws governing its use vary widely around the world. The United States finds itself lagging behind the rest of the world in widespread adoption, primarily due to what are currently stifling regulations. The US is currently home to only eight companies that are authorized to operate commercial unmanned aircraft by the FAA. One company, Applewhite Aero, was forced to petition the FAA so as not to be required to carry the flight manual on board their vehicles. Comparatively there are thousands of commercial drone operators overseas. Were the regulations to be relaxed, UAV’s have the potential to revolutionize entire industries. A farmer could use the popular DJI Phantom or a similar a quadcopter equipped with a camera, to inspect their crops. Other companies are using a more advanced device to map and survey land for building purposes. The FAA does however; currently allow hobby flyers to use the remote controlled aircraft.

In other countries around the world, regulatory bodies have wholeheartedly embraced the commercial use of drones. In the United Kingdom, any unmanned aircraft under forty-found pounds can be flown with a minor permit to fly, while anything over the weight limit requires a more advanced certification. Across the European Union, permits are required and are approved on a case by case basis by the European Aviation Safety Agency. Both areas say that flights over rural areas are more likely to be approved. Unmanned aircraft manufacturers report healthy sales across the region, unlike the United States where most manufacturers are subsisting primarily on venture capital. There are of course successful companies in the US also, but it is uncharacteristic to to innovative technology that the most popular hobby level drone is manufactured by a Shenzhen China based company with seemingly no Western roots. Though DJI’s tech platforms and business tactics are a lot more similar to those of Apple than to any Chinese company. DJI also has many westerners from the front line of technology working for them, but their most iconic person, former DJI North America CEO Colin Guinn is now working for 3D Robotics after his relationship with DJI went sour and ended up in court (they settled out of court after all).

The friendliest countries for operating aircraft are currently in Central and South America and the south pacific. Neither Mexico nor Brazil restricts the use of unmanned aircraft for civilian purposes. In Australia, you won’t need anything more than an identification, which is purportedly simple to obtain. New Zealand has a policy of free flight for both private and commercial use of the machines.

One of the countries most unfriendly to the use of unmanned aircraft is Austria. While they do allow some limited use of the machines, the rules governing them are particuarly restrictive. Any flight undertaken for any purpose other than the flight itself, for example taking pictures, is automatically subject to tougher regulations and fees that vary based on the weight of the craft.

In Asia, the situation is still changing. As recently as last year, Chinese officials have been quoted as saying that unmanned aircraft require official permission to operate on the mainland, just as any other device that flies. However, in late 2013, one of China’s largest parcel delivery services was reported to be testing using the vehicles to deliver packages. Japan has been actively embracing the commercial use of unmanned aircraft for many years and both countries are exploring using the technology for military purposes.

Unless the United States can embrace the technology, and make appropriate regulatory decisions, they are in danger of being out-competed in many industries. Currently the FAA is in the process of reviewing and potentially redrafting its regulations regarding the use of unmanned aircraft.

Check out our great new article on the best rc boats.