Drones have become increasingly popular all around the globe. They’ve become a number one choice for hobbyists as well as a variety of different companies. Their use continues to grow as technology on the drones, as well as the cameras attached to the drones, continues to advance.

With so many drones taking the sky, it is definitely a worry that a pilot with bad intentions could potentially be flying a drone. Many countries have declared no-fly zones over famous monuments as well as around airports to deter pilots from entering those areas, but without patrol, there isn’t a clear way to make these pilots obey no-fly zone rules. Rogue drones are a problem that Vodafone would like to solve in Europe before drone laws are consolidated in 2019.

With drones being used more commercially, it has also been easier for criminals to increase their usage with them as well. With more drones taking over the sky, rogue drones that may be up to illegal activity, have been able to blend more easily. Vodafone would like to assist with preventative methods before more potentially dangerous drones enter the airspace in Europe.

Testing flights and methods have already started by Vodafone in Spain and Germany. Initially, they are focusing on protecting no-fly zones, commercial aircraft, and other infrastructures that are critical such as monuments and popular tourist destinations. Their goal is to decrease the amount of security breaches as well as drone-related accidents, which will also subsequently hopefully stop other potential crimes or problems as pilots see how strictly the laws of the sky are being upheld. 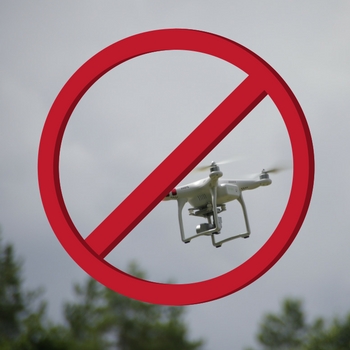 The new security system being created would be able to track commercial drones that were able to fly by the radar. Vodafone is working alongside the European Aviation Safety Agency, which is the institute that is responsible for establishing drone regulations in Europe. It is now time to determine preventative methods that are reliable and keep the airspace more secure.

While attention is focused on UAV’s in general, it’s important to note that the specific focus right now is on large non-consumer drones. Larger drones are able to handle a much larger payload, which makes them significantly more dangerous since they are able to carry more weight. In Spain’s trials, Vodafone’s 4G SIM cards were able to track drones that weighed up to 4.4 pounds and had a wingspan of 4.3 feet. With this new technology, drones that fall into that size and weight spectrum could be tracked in real time within a distance of 164 feet. Vodafone hopes to have all testing completed and the new technology readily available prior to 2019 when Europe’s government expects to see a sky full of both commercial and non-commercial drones.