What Are the Most Common Uses of Drones?

Technically speaking, the UAV (unmanned aerial vehicle) or drone industry is still in its infancy. As autonomy and collision-avoidance technologies become mainstream, the ability for drones to be used in more complex scenarios will increase. Today, however, they are used in some of the most routine as well as dangerous settings known to man from photography to delivery and even fire-fighting missions. Here are some common uses for different types of drones:

1.Reconnaissance and “Strike” Missions by the Military

The use of drones in combat zones is not new to the Military. Different types of drones have been used for over a decade now with the “Predator Drone” perhaps being the most famous. For the most part, military drones are used for surveillance purposes with the smallest versions being flown into dangerous military camps for aerial video and static reconnaissance.

Sometime in 2017, Land Rover and the Austrian Red Cross formed a partnership to design a special operations vehicle that would be outfitted with a roof-mounted drone capable of thermal imaging. This drone is equipped with an integrated landing system that allowed it to land on the Land Rover even when in motion.

The idea is that this drone could be used to execute rescue missions using its thermal imaging capabilities in cases where victims couldn’t be spotted using the naked eye, like in remote areas. It was mounted on a Land Rover to speed up emergency response times and rescue operations.

Furthermore, drones have been used to assess the damage, locate victims and even deliver aid in the aftermath of disasters such as earthquakes, hurricanes, and typhoons. In some cases, drones equipped with thermal imaging are being used to avert disasters such as forest fires.

These UAVs are used to detect unusually high forest temperatures, and as such, firefighters can identify areas most likely to catch on fire or detect those fires minutes after they start and thus stand a better chance of fighting it as opposed to later on when it becomes too big to control.

3. Quick Delivery of Medicine and Healthcare

While modern medicine has come a long way in preventing and curing diseases, infrastructure hasn’t. There are some remote areas in the world that make delivering much-needed healthcare virtually impossible. In these cases, specially equipped UAVs are used for dropshipping cartons of medication.

Drones are also often used in applications where medical supplies need to be delivered in a much quicker manner than traditional transportation methods would allow.

Zipline International is an excellent example of a company that uses drone technology to deliver much-needed medication throughout rural Africa with delivery drones. 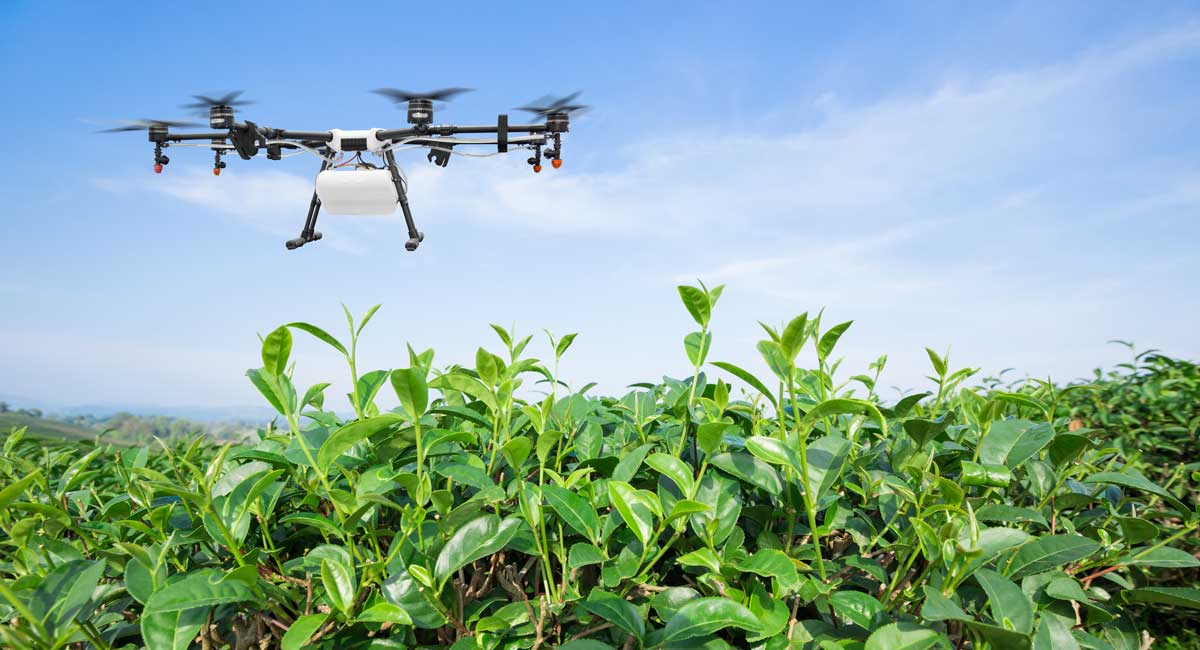 To ensure world food security, farmers are constantly looking for ways to reduce costs and expand yields from their fields. Thanks to drone technology, that is getting easier to do as more farmers can now automate redundant processes, gather vital data that help them modify their farming practices as well as maximize efficiency.

There is a myriad of other examples of how UAVs have taken what previously tedious and repetitive processes such as planting and harvesting into an automated structure that improves efficiency in tech-savvy farms the world over were.

Even the real estate industry has found an excellent use for drone technology. Today, companies such as DroneBase offer, among many other services, on-demand aerial photography of real estate properties. These pictures are used to showcase the house in a manner that just wouldn’t be possible with a UAV being involved.

Technology is the center post for most of the world’s communication and commercial interests. However, for the world to truly become a global village, unencumbered access to the internet is an integral need. This access to the internet is being hampered by the fact that some locations remain extremely remote and unconnected to the “grid” as it were. That is where unmanned aerial vehicles come into play.

There was a time that huge tech companies such as Facebook and Google decided to take on this challenge and try to provide internet to the most remote locations on this planet using drone technology (solar-powered UAVs).

There was a time when all those dramatic aerial shots we enjoy so much in films were captured with the help of helicopters. That made film making an extremely expensive endeavor and undoubtedly denied us of some of the greatest cinematographic moments simply because there was no budget for extravagant aerial filming. With the mainstreaming of UAVs, the film industry has greatly benefited from the use of drones in aerial filming. Today, you will be hard pressed not to find a drone or two on set.

Of course, there is a myriad of other uses for drones including personal and recreational drone applications. The FAA (Federal Aviation Administration) to put up regulations that will allow individuals and companies alike to enjoy both personal and commercial use of drones in a safe and regulated manner.

The drone industry is still in its infancy, and there is no doubt that in the near future, there will be more uses for UAVs coming up; uses that we can’t foresee at this very moment.