Yuneec International has officially unveiled three new drones during the Consumer
Electronics Show (CES). One of which includes the new Typhoon H Plus is arguably
one of the top drones that will soon be available in the market even though it was
debuted for the first time in 2015, but enough information wasn’t given at that time.

The Typhoon H Plus 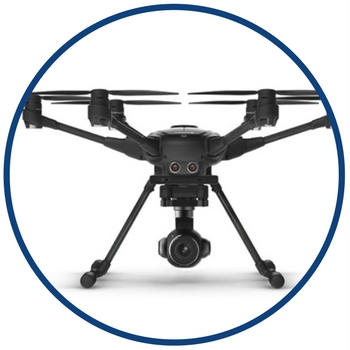 The Typhoon H Plus will be the second generation of the proven six-rotor hex
platform, making it the most powerful product to this day. It will come with a larger,
tougher six-rotor hex airframe and a 40% reduction where noise is concerned based
on previous models. We’ll even be getting stable flight in winds reaching up to 30
mph.

It’ll come equipped with a camera of high aperture and a one-inch sensor that will be
capable of delivering 4K resolution videos at 60 FPS and 20 MP. Improved low-light
performance when compared to other models from Yuneec will also be presented, as
well. We’ll also see a new continuous rotation gimbal paired with retractable landing
gear that will no doubt provide an amazing 360-degree unobstructed view.

As expected, the Typhoon H Plus will also come equipped with the usual Intel
RealSense Technology, the advanced collision avoidance system for detecting
obstacles and navigating intelligently around them.

Finally, it’s going to come with a completely new and redesigned controller that will
include a 7-inch integrated display with a 720p HD video downlink for the best real-
time video reception money can buy.

The newly redesigned transmitter is the Android-based ST16S transmitter. The 7-inch
display is of high brightness, among all else, leaving nothing missing from your view
where flight details come into play. This is very important when it comes to drones,
especially your battery percentage. 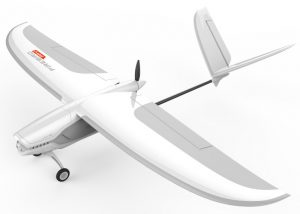 It’s no secret that Yuneec International is the world leader when it comes to electric
aviation. They’ve managed to break into two new categories thanks to the unveiling
of the Firebird FPV, the newly fixed-wing drone, and the new HD Racer with
immersive flight characteristics.

The Firebird FPV will be offering up to 30 minutes of flight time and a flight
experience that can be compared to flying a real, full-sized aircraft. You’ll have
access to acrobatic aerial maneuvers which include inverted loops, rolls, and even
inverted flight.

Beginners are able to opt for the built-in Safety Mode, which makes it possible for
those new to drone flight to not have to worry about it descending below certain
altitudes. It will also feature Return to Home, Auto Landing, and Geo fence for the
purposes of reducing crashes and overall anxiety that comes with beginner drone
users and expensive models. 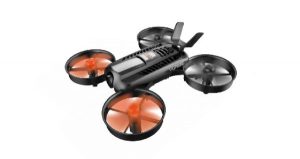 Yuneec’s new HD Racer is the size of the average palm, designed to have stable flight
both indoors and outside, and comes with a highly durable frame and protected
blades.

It has promised nimble flight paired with smart stabilization through the new
optimized, low-latency, completely digital HD video downlink with the option to
record and share all of your best footage in 1080p HD resolution at a rate of 60 FPS.

The HD Racer also comes to with skill level modes, Beginner and Advanced,
allowing any user to pick up the transmitter and give it their best shot. Users also have
access to Flip-Up Mode, which allows users to upright the HD Racer automatically
should it overturn or go down during flight. This maximizes flight time and lowers the
amount of downtime, saving battery percentage in the best way possible.

Yuneec International has announced that all three of their new drones will be
available sometime this year. The Typhoon H Plus will cost approximately $1,800,
the Firebird FPV will cost around $700, and the HD Racer will cost roughly $180.
From what Yuneec International had to say at CES 2018, both the Typhoon H Plus
and the Firebird FPV will be released at some point during the first half or so of 2018.
The RC Racer, however, will be released at some point during the second to middle
half of this year.