Understanding and respecting the rules, regulations, and any existing laws in the state of Georgia that have been put in place for drone use is very important as a user. Because the popularity of drones, both residential and commercial, have risen quickly over the years, each state has made steps to ensure everyone is safe.

All that said, let’s move on to the important stuff.

Georgia has some amazing areas to fly over, catch footage of, and just enjoy in general. The Blood Mountain is one of Georgia’s highest peaks and is located close enough to the Appalachian Trail that you can get two incredible shots at once. The forests during autumn are one of the best aesthetics that Blood Mountain and the nearby Appalachian Trail has to offer.

Freedom Park in Atlanta is one of the largest in the city and has a cross shape that provides tons of room to fly a drone. There are plenty of areas within the park that are great for photography and videography. The Jimmy Carter Library, for example, is a very interestingly pleasing building to view up close with a drone’s camera.

The Registering Process in Georgia 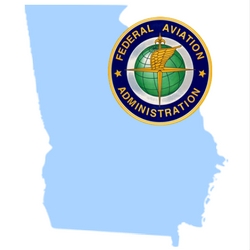 Proximity to Airports in Georgia 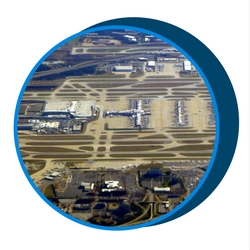 This is enacted nationwide, not only in Georgia, under Part 101 of the Act, being Special Rule for Model Aircraft, to ensure that drone operations under unsafe conditions are disapproved before the drone can be launched.

There are no laws in Georgia on drones specifically. However, there are certain bylaws and rules set in place for the purpose of restricting certain areas of drone use to ensure that the public, and the users alike, are safe during any operation.

The Georgia House passed a resolution (HR 744) to create a committee to look into drones. The committee issued their report on December 1, 2015. The report listed out specifically 15 recommendations. While not law, it gives us a “flavor” as to what the Georgia House is thinking.

1. Continue to monitor FAA Regulations with regards to registration requirements of hobbyist operators. The committee does not want to duplicate the process or hinder the industry.

Form a commission made up of legislators, researchers, industry experts, and others deemed appropriate to help develop policy and encourage industry expansion within the state.

Continue to encourage our universities and technical colleges to find ways to get involved by offering classes, certifications, or any other opportunities that may be deemed necessary.

Encourage the state and its agencies to use drone technology in areas where it could provide a cost savings or improve safety.

Look for opportunities to encourage venture capitalists to help with startups in Georgia.

Protect citizen privacy by making it unlawful to video or photograph another person’s property without permission with limited exceptions to this.

Make it a violation to fly in or around certain locations such as the capitol.

Allow local governments to restrict the use of drones on their publically owned land.

Require law enforcement to have a search warrant to use drones in areas to collect evidence where someone has a reasonable expectation of privacy.

Require any videos or photos taken of private property by a government entity without evidentiary value to a specific case to be purged.

Make it unlawful to take off from or to recover a drone from private or public property without permission.

Prohibit use of drones for hunting and fishing or to use a drone to interfere with someone else that is hunting, fishing, or trapping.

Prohibit the use of drones within so many feet of a public road without permission.

The Governor of Georgia issued on November 2nd, 2016 an executive order “That a Commission on Unmanned Aircraft Technology appointed by the Governor is hereby created to make state-level recommendations to the Governor consistent with current FAA regulations as well as the State’s business and public safety interests.”

The Governor appointed to the commission:

Other Legal Issues With Drones in Georgia

While there are no effectively set laws except for unlawful circumstances and set legislation by the state, there is, however, a bill that is coming into effect on July the 1st of this year, being 2017.

A BILL TO BE ENTITLED
AN ACT

To amend Chapter 1 of Title 6 of the Official Code of Georgia Annotated, relating to general provisions regarding aviation, so as to provide for preemption for unmanned aircraft systems; to define a term; to provide for related matters; to repeal conflicting laws; and for other purposes.

BE IT ENACTED BY THE GENERAL ASSEMBLY OF GEORGIA:

Chapter 1 of Title 6 of the Official Code of Georgia Annotated, relating to general provisions 8 regarding aviation, is amended by adding a new Code section to read as follows:

(1) As used in this Code section, the term ‘unmanned aircraft system’ means a powered, aerial vehicle that:

Does not carry a human operator and is operated without the possibility of direct human intervention from within or on the aircraft;

(C) Can fly autonomously or be piloted remotely; and

(D) Can be expendable or recoverable.

Such term shall not include a satellite.

Enforce any ordinance that was adopted on or before April 1, 2017;

Adopt an ordinance that enforces Federal Aviation Administration restrictions; or

(c) The state, through agency or departmental rules and regulations, may provide for or prohibit the launch or intentional landing of an unmanned aircraft system from or on its public property.”

All laws and parts of laws in conflict with this Act are repealed.

While this may not be in effect at this time of writing but is a bill that was proposed and passed, it is currently in this category of legal issues with drones and not specific drone laws in Georgia because it has not come into effect yet.

Once it has come into effect these sections will more than likely be updated to reflect drone laws and general legal issues that drone users face in the state of Georgia.

FAQ on Georgia Rules and Drones

It’s flown for recreational purposes or as a hobby and not for any business or commercial reasons
It’s flown within visible distance, meaning being able to see it at all times, of the individual operating it
It’s capable of sustaining flight within the atmosphere, meaning that it can fly

How do I request flight permission from Air Traffic Control to operate within airspace class B, C, D, or E?

You can contact Air Traffic Control for flight permission through the FAA portal available online by clicking here.

The best way to avoid issues when flying a drone, not just in Georgia but nationwide, is to do your research and abide by the laws, regulations, and rules that go with flying a drone in your state.