For a while now the drone industry has been threatening to move out of the shadows and into the mainstream. People are beginning to see the potential of drone technology in every industry, from Amazon deliveries to search and rescue, photography and even personal transport. Earlier this month the FAA announced that more drones are now registered with them than aircraft which says a lot about the meteoric rise of the UAV over the past year or so. Admittedly there have been a few negative stories involving drones flying where they shouldn’t, but in the background a pocket of pilots have quietly been building FPV Drone Racing, using FPV (first person view) goggles, (check out our ultimate guide to FPV goggles here) an underground movement ready to become the next big thing in world sport… 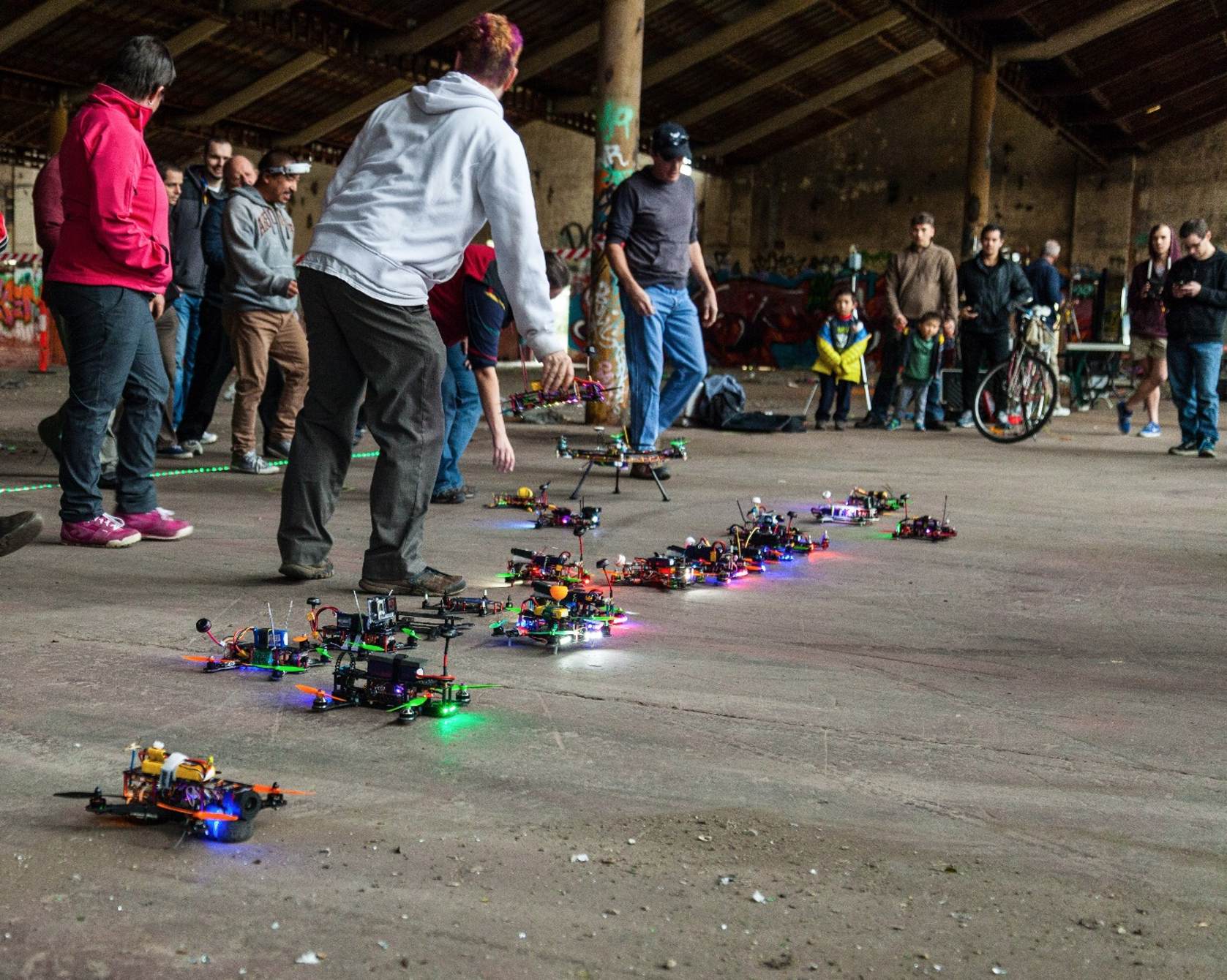 Drone Racing or, more specifically, First Person View, (FPV) Drone Racing, used to be a hobby embraced by a small number of UAV enthusiasts. Now, it looks ready to go mainstream, potentially even challenging the established racing sports whilst riding on the eSports wave sweeping around the world.

FPV Drone Racing is pretty much exactly as it sounds. Pilots fly their drones around a track, but instead of controlling from the sidelines, are immersed in the race through a first-person headset which live-streams a feed from the front of the drone. The result is an intense, almost virtual-reality experience, without having to leave the comfort of your seat. When you take a second to think about it, the rapid rise of the sport was always inevitable. We manage to race everything else that we build, so why not drones? 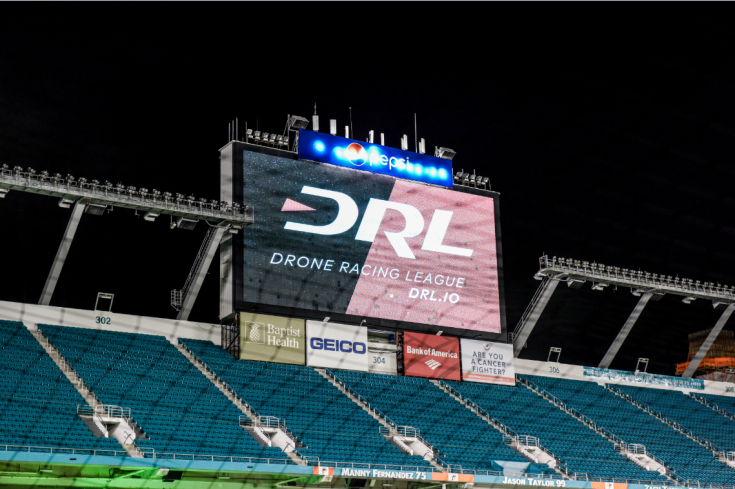 The stage is set for the first DRL race in Miami.

The growing popularity of drone racing is largely down to its enormous appeal across a broad range of tech sectors. First, the fact that most racers build their own drones from scratch naturally appeals to the inner-geek of many a drone fan. Imagine the joy of racing your own custom-built drone – It’s like a much lower maintenance, lower cost version of fixing up and old car and taking it out for a spin. This makes for an accessible sport which has blossomed in popularity at an underground level. 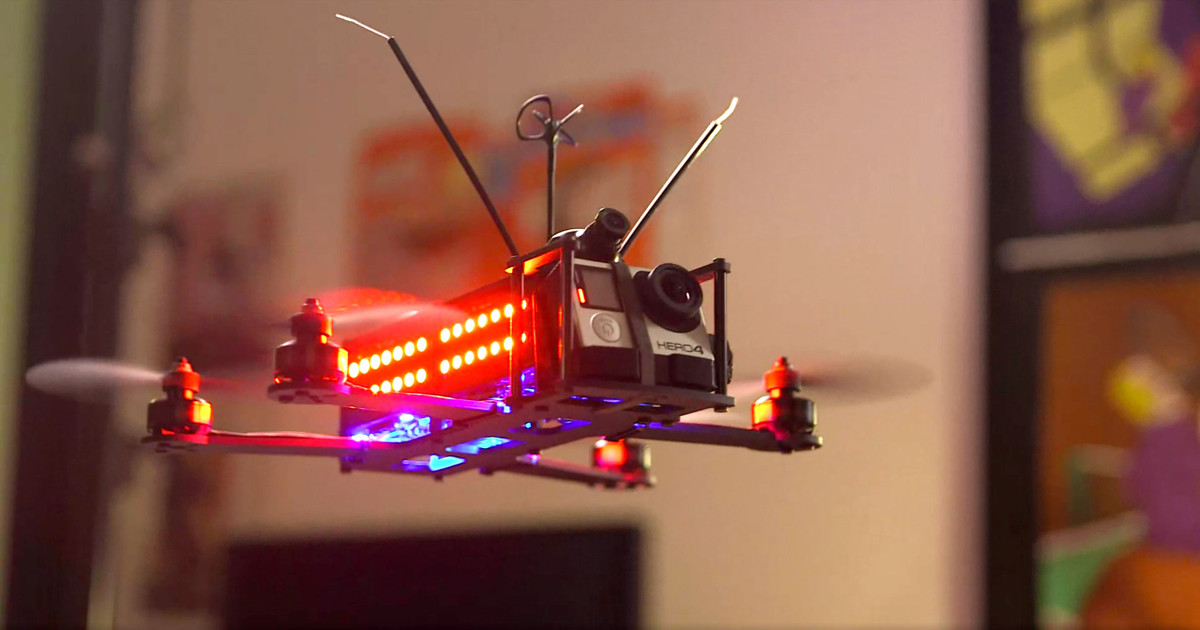 The DRL have developed their own drones for pilots to race with.

The ease with which people can get involved with drone racing combines with the FPV aspect to make it an addictive, adrenaline-filled sport. The ability to feel like you’re piloting the drone from inside the cockpit is something difficult to replicate in other sports. In many ways drone racing has also come along at the perfect time. The rise of eSports is continuing around the world, and new technology, including drones, is gradually being embraced by the wider public. FPV drone racing offers gamers and spectators alike a unique mixture of virtual reality and real-life competition.

At an underground level pilots have been taking to abandoned warehouses and fields to race around custom tracks, but it was only a matter of time before official bodies were set up in an effort to bring FPV hobby drone racing to the masses. The most notable of these is the Drone Racing League (DRL), which has professionalized the sport in an incredibly short space of time, and is ready to start entertaining fans around the world.

The premise of the DRL is pretty straightforward. Take what is a promising sport and apply to it that famous American trait: the ability to blow it out of all proportion, adding bright lights, big prizes and drama – The perfect ingredients for an international phenomenon.

The DRL have plucked some of the finest drone racers from around the world, and each will be appearing in the first ever meet later this month in Miami. The track will be built in the stadium of the Miami Dolphins, and the pilots will be faced with a custom-made route packed with dry ice, vertical drops, neon lights, and incredibly tight corners.

In a move away from convention, DRL won’t be streaming their races live or offering seats at the venue. Instead, spectators will be able to watch edited versions of the races online, with each race becoming a kind of ‘episode’. The episodes will be uploaded onto Youtube, and will feature a mixture of perspectives, from both the first person cameras of each drone and a number of HD cameras around the venue. It promises to be an interesting format, and there is definitely scope for live crowds in the future – once drone regulations have been properly sorted out. 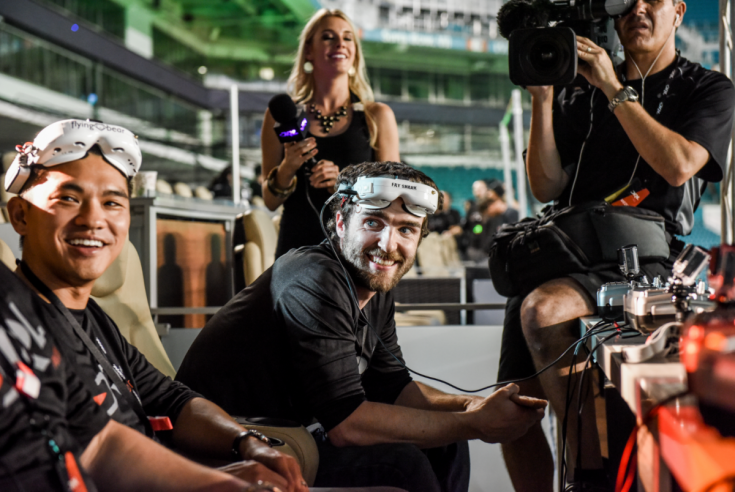 Whether or not the DRL will take off remains to be seen, but there is certainly no shortage of investors keen to get involved in the early stages. Among the high profile backers of the first drone racing league are Miami Dolphins owner Stephen Ross, Muse frontman Matt Bellamy and a number of US media companies. Each will be hoping that the rising popularity of drones for both recreational and commercial purposes will impact positively on the success of the DRL. In turn drone industry heavyweights will look to the DRL as a beacon of what UAV technology is capable of, and will expect a soar in FPV drone kits and accessories.

The first ever DRL race will go live on February 22nd, and after Miami the league is heading west, with a disused Hollywood mall all set to host the second meet of the season later on in the year. After that the plan is to have three more races before a final World Championship event. If all goes to plan it won’t be long before the DRL is holding drone races in major cities across the globe, inspiring the next generation of drone geeks, gamers, racers and tech-lovers.

Other Interesting articles in "FPV"