We have just suggested 3 Main Rules When Flying Drones that of course included not flying near airports. And now here is a report on some idiot flying near one of the largest and most busy airports in the UK, London’s Heathrow causing a near miss situation with a commercial aircraft. Common sense seems like a scarce commodity these days and as we and our fans expressed previously, these folks really put our hobby at danger, while RC plane hobbyists have been flying without problems for decades.

BBC News recently covered that an Airbus A320 pilot reported seeing a helicopter-style drone as the jet was 700 feet off the ground on its approach to the runway back in July. The CAA has not identified the airline or how close the drone came to the plane, which can carry 180 people. It gave the incident an “A” rating, meaning a “serious risk of collision”. This is the highest incident rating the CAA can give. Investigators were unable to identify the drone, which did not appear on air traffic control radar and disappeared after the encounter.

In May the pilot of an ATR 72 turbo-prop plane reported seeing a helicopter drone only 80 feet away as he approached Southend airport at a height of 1,500 feet.

The incidents have prompted a warning from the British Airline Pilots’ Association (Balpa) that the rapid increase in the number of drones operated by amateur enthusiasts now poses “a real risk” to commercial aircraft.

The association’s general secretary, Jim McAuslan said drones could cause a repeat of the “Hudson River experience”, when a plane was forced to land in water in New York in 2009 after birds were sucked into its engines. 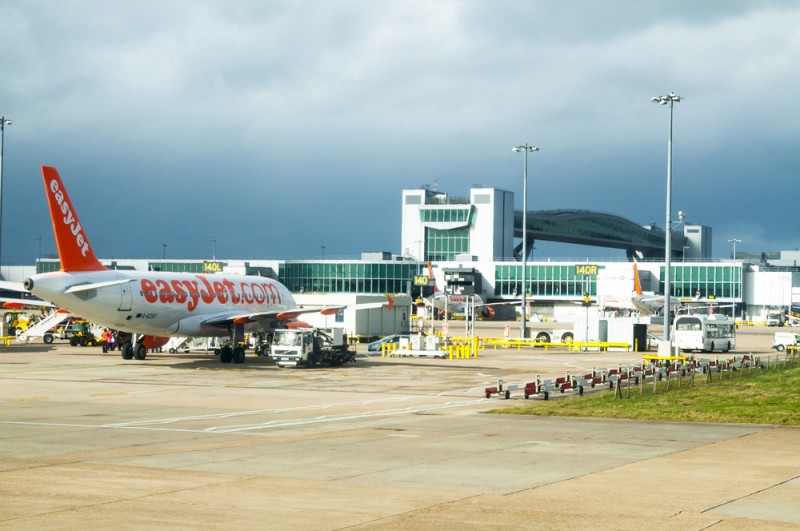 “The risk of a 10 kilogram object hitting a plane is a real one that pilots are very concerned about” he said. “A small drone could be a risky distraction for a pilot coming into land and cause serious damage if they hit one.”

Sales of drones have increased rapidly, with UK sales running at a rate of between 1,000 and 2,000 every month. They are expected to be very popular as Christmas presents.

Only a very small minority of people operating drones have attended training courses in how to fly them.

A spokesman for the CAA said it had to depend on people using their common sense when they operated drones.

He said the current level of risk should be “kept in perspective” but warned that breaking laws governing the use of drones could potentially threaten commercial aircraft. 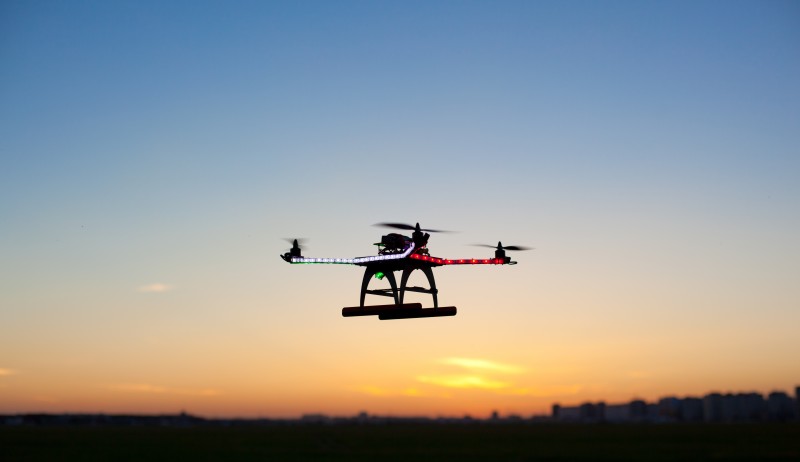 The CAA said it had to depend on people using their common sense when they operated drones. “People using unmanned aircraft need to think, use common sense and take responsibility for them”, he said. “There are rules which have the force of law and have to be followed.”

Drones may not be flown higher than 400 feet or further than 500 metres from the operator, and they must not go within 50 metres of people, vehicles or buildings.

There are exclusion zones around airports and the approaches to them for drones weighing more than seven kilograms.

Mr McAuslan said there was an urgent need for rules to be tightened before much larger unmanned cargo planes – potentially the size of a Boeing 737 – took to the skies.

So this incident will again provide good reason for the upcoming FAA regulations to be as tight and strict as possible. What do you think, what could regulators do and what would be a reasonable level of training anyone should get before flying a small quadcopter?

Article Name
Heathrow Plane In Near Miss With Drone
Description
BBC News recently covered that an Airbus A320 pilot reported seeing a helicopter-style drone as the jet was 700 feet off the ground on its approach to the runway back in July.
Author
Zsolt Vaszary