Have you been wondering why the stable and relatively simple flying method of drones is not available for personal transport? Have seen projects that could materialize one day, but the Hoverbike project by Chris Malloy from Surrey, UK looks very advanced. The Kickstarter project aiming to fund the project has been backed by more than 450 backers and reached £64,089 in total funding, more than double the original goal. 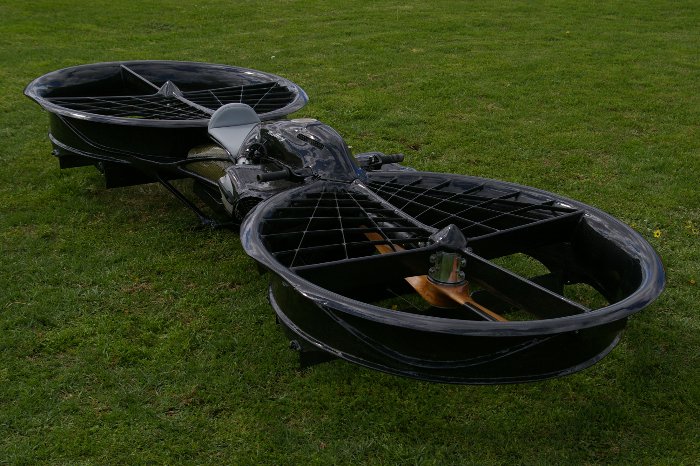 A Revolution in Aviation

The Hoverbike is the result of years worth of R&D. Malloy and his team combined the simplicity of a motorbike and the freedom of a helicopter to create the world’s first flying motorcycle.

When compared with a helicopter, the Hoverbike is cheaper, more rugged and easier to use – and represents a whole new way to fly.  The Hoverbike flies like a quadcopter, and can be flown unmanned or manned, while being a safe – low level aerial workhorse with low on-going maintenance.

The team working on the Hoverbike is in the final construction stages of the latest manned prototype, and in a few months they will start flight testing. After the successful completion of test flights they will build a final engineering prototype for submission to aviation certification authorities. This all takes a lot of time and money and raising funds to achieve this is what the Kickstarter campaign is all about.  The creators have a proven track record over the years, and their promise is that their dedication to the Hoverbike development will continue beyond the kickstarter campaign until they are ready for sale of the manned Hoverbike.

Here is how they explain the concept on the crowdfunding campaign site:

This drone was originally built as a proof of concept for our latest full-sized Hoverbike prototype.  After testing the 1/3rd Hoverbike, we realized that it had lots of features that made it a fantastic drone, not only this – selling this scale Hoverbike to the public would allow us to raise funds to continue the development of the manned version.

Apart from its stunning and original looks, our drone is safe and versatile, and when coupled with a 3DR Pixhawk flight controller it can fly by itself on a pre-determined flight path, return to home, loiter, follow and more!

Any bike enthusiast can tell you about the sense of freedom and adventure one gets from riding a motorbike. Hoverbike takes that to a completely new level! Yet, it’s not just a recreational form of personal transport. Its low cost and practical size lends itself to search and rescue, precision farming and cattle mustering, first-responder emergency services and cargo insertion of up to 120kg (265lbs) into confined spaces. We believe it would be ideal for ski and mountain rescue, airborne logistics and time-sensitive personnel insertion/extraction during major disasters.

It can be folded and palletised to a third of its size, then quickly and easily transported by land, sea or air when required.

What will be in the box?

The “bare bones” 1/3 Hoverbike drone (offered in the Kickstarter campaign) will be delivered with:

The most noticeable feature of the new Hoverbike and the 1/3rd scale drone is its unique patent pending offset and overlapping rotor blades, designed to reduce weight and planform area. Just like the manned vehicle, the ducting around the propellers is a safety feature, and the vehicle is lightweight and powerful, while folding to a compact size for transportation. 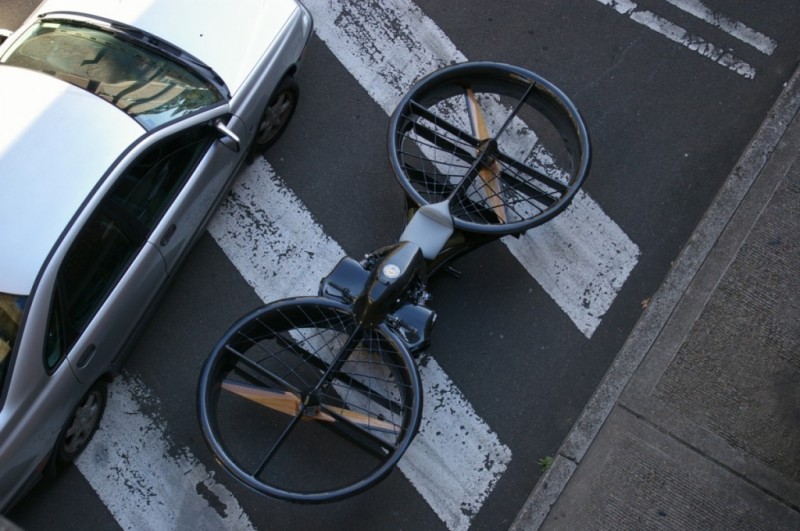 So the Kickstarter campaign is over, but if you want this technology to be available soon, you can still support them via their webpage. 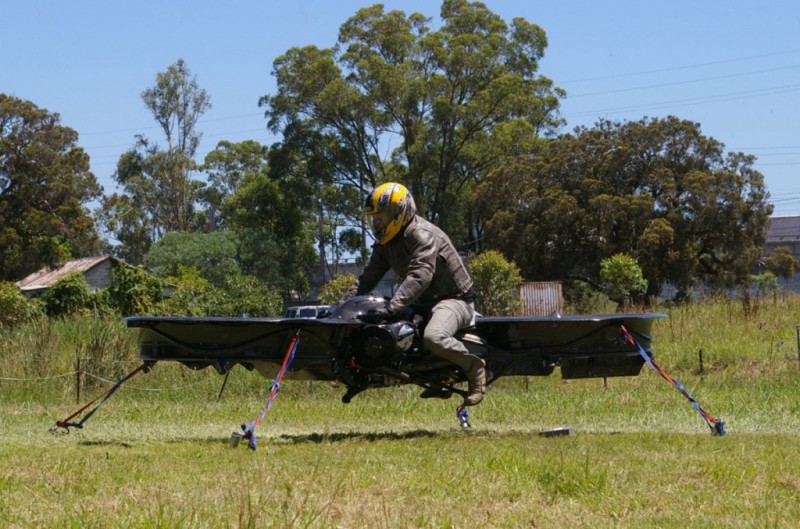