Earlier today we have reported on the NTSB ruling that confirms FAA has wide latitude to actually deem all drone flights illegal in the United States. In case you have missed it, go ahead and read it, specially if you live in the US.

After all the heated discussions on how reckless has Raphael “Trappy” Pirker been, we thought it would be a good idea to look at who Trappy actually is. 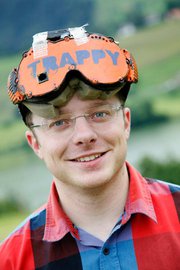 Is he your average Joe who bought a Parrot AR Drone 2.0 at Best Buy and just got caught up in the middle of legal limbo that has been escalating in the past few years concerning UAVs, drones, quadcopters, multirotors, whatever you like to call them?

Well not quite so. If you have not heard of him before, you might just be surprised. So we have decided to collect some important things to know about Trappy and show you some of the videos he and his team made besides the incriminating one that all the rage is about now.

This is what they call him in an interview by the “Center for the Study of the Drone” (CSD) at Bard College. As you might expect, Trappy is not your everyday weekend hobbyist who flies his quad in a park as we suggested earlier. He is the founder and front man of Team Black Sheep (nomen est omen?), “The R/C Daredevils” which is the company behind a quite successful quad called the TBS Discovery and other aircraft and accessories mainly targeted at FPV Racing fanatics. 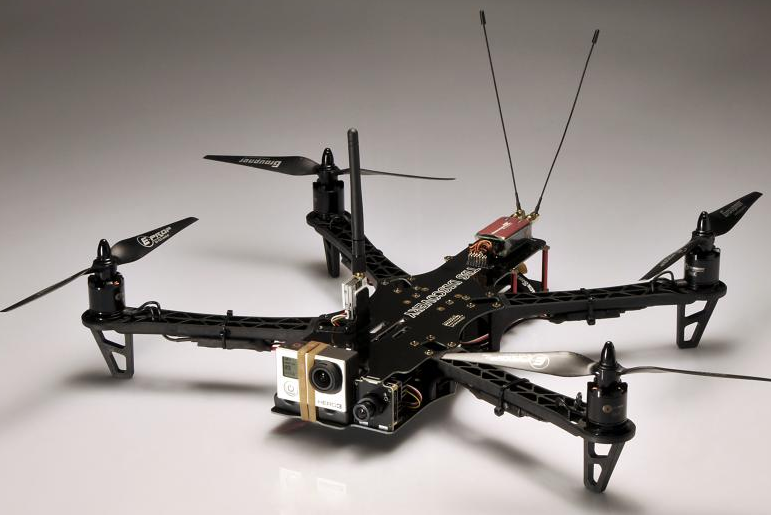 In the interview, CSD talks about various topics with Trappy describing TBS as group of hobbyist drone pilots who have gained global renown, and infamy, for their aerial videos of landscapes and cityscapes from Rio de Janeiro to New Zealand.

Trappy first came into the public spotlight when he flew a fixed-wing drone over Lower Manhattan and the Statue of Liberty and then posted the video on Youtube (the one below). In this video, he was buzzing around the head of the Statue of Liberty and outraged a lot of people even back then who planned to report him to the Associate Administrator for Aviation Safety. So quite likely he was on the radar of the regulators early on.

At the same time, the outrage also made Trappy somewhat of a celebrity. ABC, an Australian television network, described Trappy and his team as “aerial anarchists.” His infamous celebrity status got fortified by the 10K fine for the flight described in our earlier post and when a judge ruled that FAA in fact has no authority to regulate the use of hobby drones.

At the beginning in the interview, Trappy explains how he got involved in the hobby and later the business aspect of it:

“We started doing this as a hobby, and just pushed the limits and pushed the envelope of what was possible. We improved technology, and through that we opened up new possibilities of doing stuff with drones. The background has always been in aviation. All of our team members either want to be pilots or are pilots. So it’s more of a flying thing than a technology thing, and we’re using the technology as a means of achieving our dreams.”

His philosophy – which is also the credo behind Team Black Sheep – is to use these videos videos to inspire people to get into the amazing hobby of FPV Flying. And though it might be tempting to hate him now for fueling the hotbed around recent controversy, he and his videos as well as the aircraft his company makes probably did lure a lot of people to the hobby and that is a good thing.

In the CSD interview, Trappy also says he is an “activist” rather than an “artist”. When the journalist asks him the reason for that distinction, he said: “Well, we try to demonstrate that the current law [governing drone use] is not really helping anybody. We do that not in a “let’s sit down and talk about this” way, but we show a world where if the law were better; we show what could be done.”  I will leave that without comment because I would not like to take sides in the heated discussion.

To be fair, Trappy does not look like a rebel or outlaw. Did he mean well? Probably so. Could it be that he’s been overdoing things a bit? Could be. 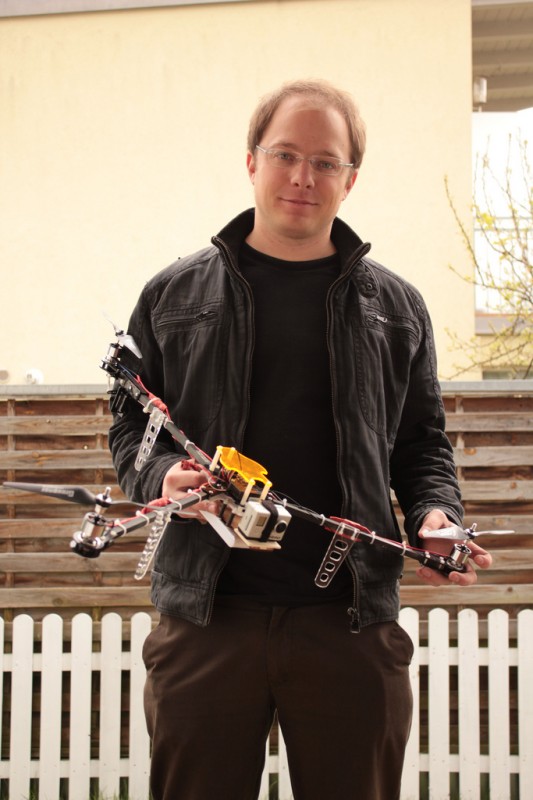 As a final not of the interview, he says: “I don’t mean to push or upset people. I don’t get a kick out of that. We are just going to make more videos in more locations. We’re going to see new places with new people, and hopefully have fun.”

Here are some of the more popular videos by Trappy. Let’s admit, they are pretty cool. The Costa Concordia one is a bit borderline for me personally and he does have a thing for flying into people’s faces 🙂 Feel free to comment! 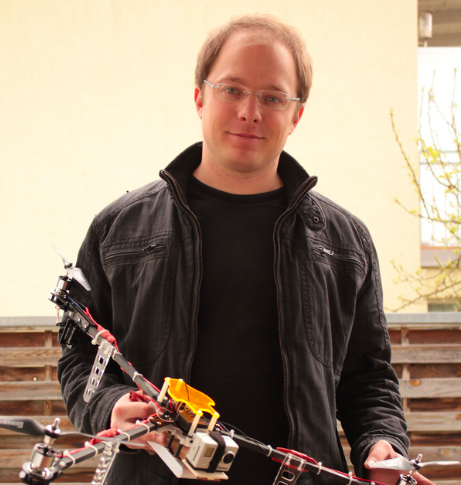 Article Name
Meet Trappy! The Man Behind The FAA
Description
After all the heated discussions on how reckless has Raphael "Trappy" Pirker been, we thought it would be a good idea to look at who Trappy actually is.
Author
Zsolt Vaszary