Information on the new DJI Mavic Air was finally released today following yesterday’s leaked photos and specifications. As expected with any DJI release, the Mavic Air boasts incredibly impressive features including a top notch camera, guidance features that make almost impossible to crash, and a flight range of up to 4 kilometers! This drone begins shipping January 28th with a retail price of $799! Take a look below for our review on the exciting news this morning.

A new drone is about to hit the market from leading manufacturer DJI, as revealed by a short teaser video released on January 16. Very little is known about the type of drone consumers can expect to be unveiled next week, but the rumors are already flying. Set to release the details at their own event hosted in New York City on January 23 at 10:00 AM EST, drone enthusiasts are on the edge of their seat for the possible implications.

The company had a prime opportunity to unveil their new product at CES 2018 a few weeks back. It seems that this product is so essential to their new lineup that it needed its own separate debut. As it stands, DJI is going to be completely responsible for their own unveiling which will allow this product to receive the attention they feel it deserves.

In recent years, DJI has enjoyed significant success with their previous models. The Phantom, Mavic, and Spark continue to be popular choices among consumers, so it seems likely that the new product will fall into a similar category.

Of course, the specific type of drone is open to interpretation in this extremely ambiguous teaser.

Viewers are treated to only small glimpses of the upcoming model set to be released next week. The majority of the footage is dedicated to sprouting plants, footage of tornadoes, and some science-type shots that are meant to represent the atom. Only in the last ten seconds are we able to see extremely zoomed-in glimpses of the new product.

While the images themselves are fairly unclear, that hasn’t stopped us from digging deeper into what this could possibly be. Some are speculating that one of the final images could be a wing that indicates a new fixed-wing drone, a racing drone, or a miniature version of a previous model.

A fixed-wing drone would certainly expand the piloting experience for thousands of avid drone collectors. Many people are looking forward to the advent of this type of drone to get away from the traditional quadcopter and expand their skill set.

Of course, a racing drone from DJI would open the door to a new realm of possibility with a growing sport. There could be something appealing about a faster drone from this leading manufacturer. A little more speed could make flying a DJI drone even better than it already is.

Then again, despite DJI’s massive promises of greatness in this teaser video, the company may decide not to reinvent the wheel just yet. It could be a reinvent of one of the previous models, like the Mavic or the Spark, that folds up or collapses to fit in your pocket.

The only thing we know for sure? DJI promises us that its bound to have “formidable strength and power.” We know that from “something so small come the beginnings of something truly mighty.” We won’t truly know what all of the buzz is about until next week, but we’ll be ready for it when it comes.

There has been a highly impressive specification leak that we’re no doubt looking forward to. We’ve been told that we can expect 4 foldable legs from the DJI Mavic Air, previously seen in the Mavic Pro, and a number of control modes that are built to impress, such as Gesture Control, for example. A 21-minute flight time has also been spoken about, Obstacle Avoidance, a strong Visual Positioning System, and even 4K video at 60 FPS.

We are also told that the Mavic Air’s Obstacle Avoidance sensors will be located on the front, the back, and the bottom of the drone. The 32-Meapixel Panorama Mode camera is not to be mistaken as a 32MP camera, however. While this might confuse some, we’ll update our information as we receive more of it.

The new DJI Mavic Air is also said to comes with a new Image Signal Processor paired with a 1/2.3 CMOS sensor. The 3-way gimbal is a step up from the 2-way gimbal that we saw previously with the Spark, so that in itself is exciting and something to look forward to. 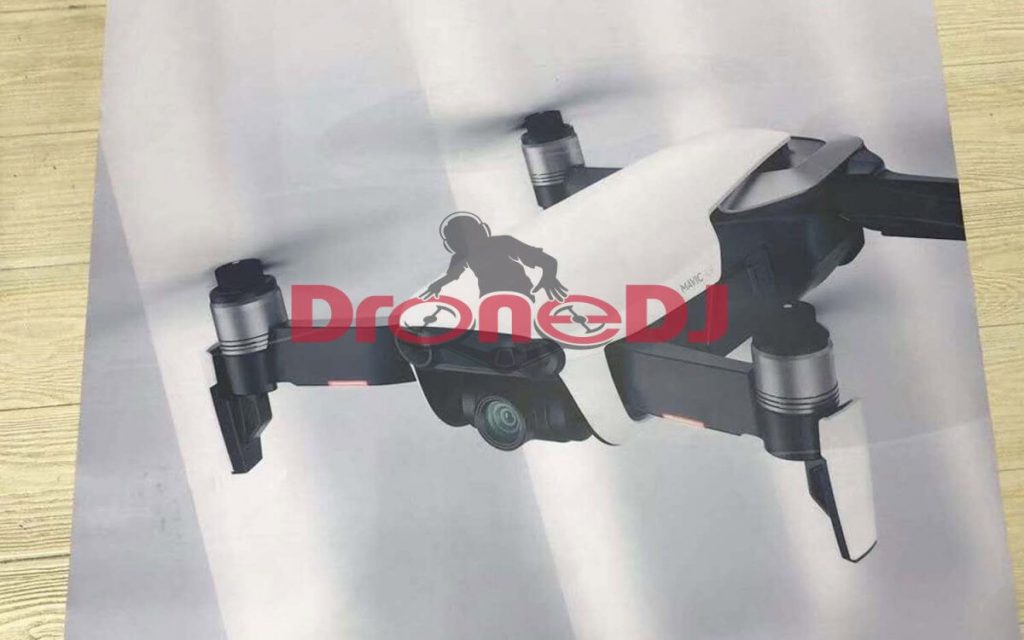 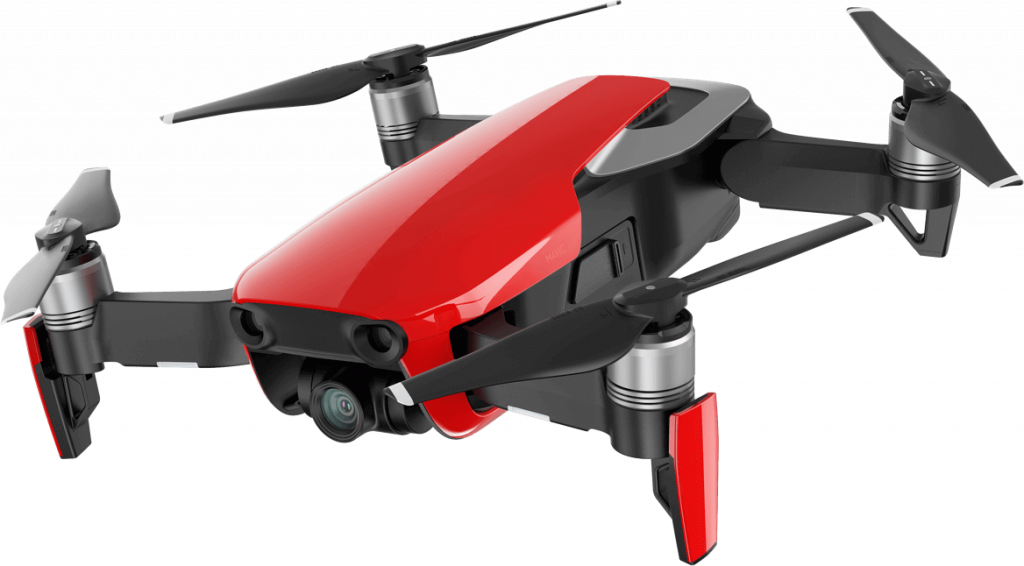 The new Mavic Air by DJI has finally been officially released after yesterday’s photo and specification leaks. Following the information released during a news conference this morning, we can expect to see them shipped out starting January 28th, just days away, with a retail price of $799.

The Mavic Air vs. Spark and Pro

As expected, the DJI Mavic Air combines the best of both the Mavic Spark and the Mavic Pro to create the ultimate drone.

The Mavic Air, exactly like the Mavic Pro, folds into itself, ensuring you can take the drone almost anywhere! Another large similarity between these drones is the fact that the Mavic Air uses gesture control, just as the Spark does.

The Air is said to be able to fly safely in winds reaching up to 22 mph and up to 16,000 feet above the sea level, which is very similar to the Mavic Pro. The 21-minute total flight time is smack in the middle between both the Mavic Pro and the Spark, as well.

No matter which way you look at it, DJI took the best of the best from the Mavic Pro and the Spark to create the ultimate drone everyone’s got their eye on- the Mavic Air.

For starters, the Mavic Air is the size of a large smartphone. However, when it’s folded, it becomes small enough to fit snugly, and safely, in your pocket. This makes transportation with it anywhere a snap.

Stability for the Mavic Air seems like it would be almost impossible. Even when unfolded, it’s still small enough yet durable enough to zip around without worry. The 3-axis gimbal is the first of it’s kind to fit in a drone that isn’t considered a more professional, even commercial, model.

The 7-camera vision system uses the Advanced Pilot Assistance System, or APAS, paired with a number of flight modes that have been taken from both the Spark and Mavic Pro to improve overall flight:

The flight range alone is astounding when it comes to the Mavic Air. According to DJI specs, we can expect up to 4 km of max flight range, which is an insane amount of range!.

The DJI Mavic Air – The Future of Drone Technology

DJI has done it again – they’ve created an extraordinary drone that not only hasn’t forgotten its roots, but a drone that takes the best of everything prior models have. This, in turn, creates a bombshell of a drone that comes with a surprisingly low price of only $799, the most shocking aspect of all.