After our post Yesterday about life saving drones, the latest music video by LA based alternative rock band OK Go is again a perfect example of heartwarming and positive use of UAV technology. Damian Kulash and his band created a surprisingly simple, yet clever OK go music video packed with high end current technology such as Honda motorized unicycles – which Damian rides while singing in the clip -, and low tech gear such as umbrellas forming a pixelated image shot from above with a drone. 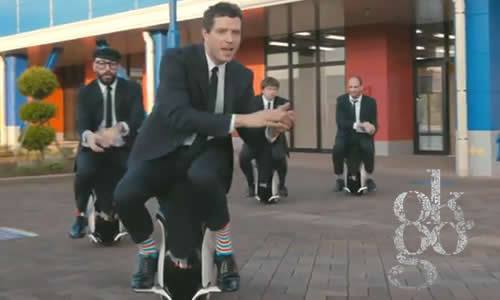 Damian riding the Honda motorized unicycle in the video.

The OK Go music video filmed for their latest hit titled “I won’t let you down” is part of their most current album Hungry Ghosts released earlier this week. The one-take footage filmed with what appears to be an octocopter is a great example of how our beloved technology can be used in an amazingly creative way in cinematography. 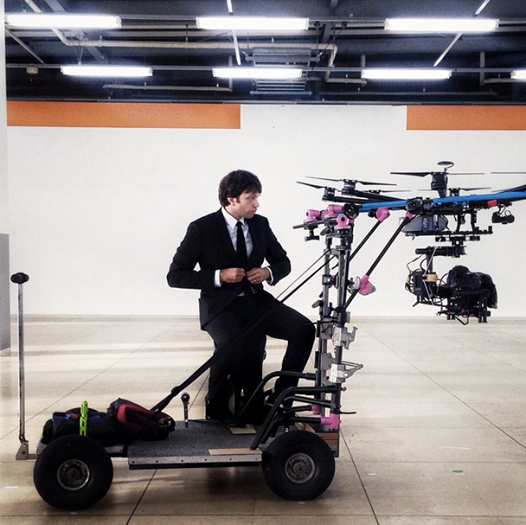 The multirotor with cam on set.

The flying camera follows the movement of the band, making it’s way outside from the building and showing a group of amazingly well synchronized dancers. We suspect that there could have been some CGI involved in the final shots with the umbrellas posting complex messages, but please judge for yourself. Never the less, the camera arrives above clouds and takes a look around. Which is the kind of shot you probably have already done if you fly drones or will if you are just planning to get one. The video surpassed 5.7 Million views on Youtube when we go live with this post.

So kudos to director Kazuaki Seki and the band, they really did not let us down. OK Go watch the video: 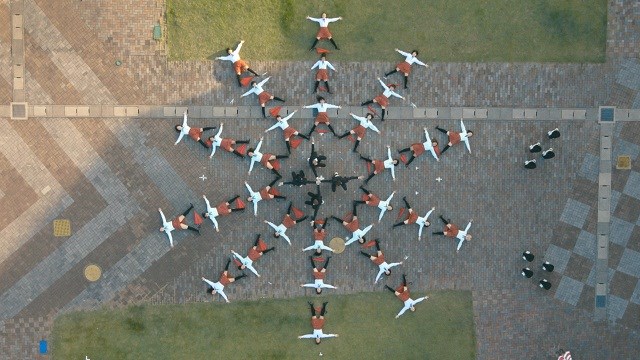