Home / News / Rapere Intercept Drone to Take Down Other Drones

I have come across a very odd, interesting drone idea over the internet just recently that’s definitely worth discussing, so I wanted to share it with you.

Here is the thing. Some guys calling themselves commercial drone developers thought it’s a good idea to create a drone that will intercept and take down another drone that you spot. Why? Here is what the so far anonymous creators had to say: “Having worked in the UAS industry for years, we’ve collectively never come across any bogus use of drones. However it’s inevitable that will happen, and for people such as celebrities, where there is profit to be made in illegally invading their privacy, there should be an option to thwart it.”

They have teamed up with some computer vision experts to enable their device to ‘see’ and fly itself. “Right now we are flying under the radar for commercial reasons, but all will be revealed in time.” I am personally wondering what commercial reasons could there be to “fly under the radar” and if they mean it figuratively or not. I suspect that those reasons could well be legal, but more to that point later. Not very surprisingly, Rapere means “to snatch, grab, take away” in Latin.

What Does It Do?

This information comes directly from the Rapere.io website. It sits permanently on it’s charging base, indoors, until ready to deploy. Simply take it outside, put it on the ground, and press the GO button. The Rapere will take off, while at the same time scanning the sky for drones. It can tell the difference between a bird and a drone, and will fly over top of any drone within range, then disable it. 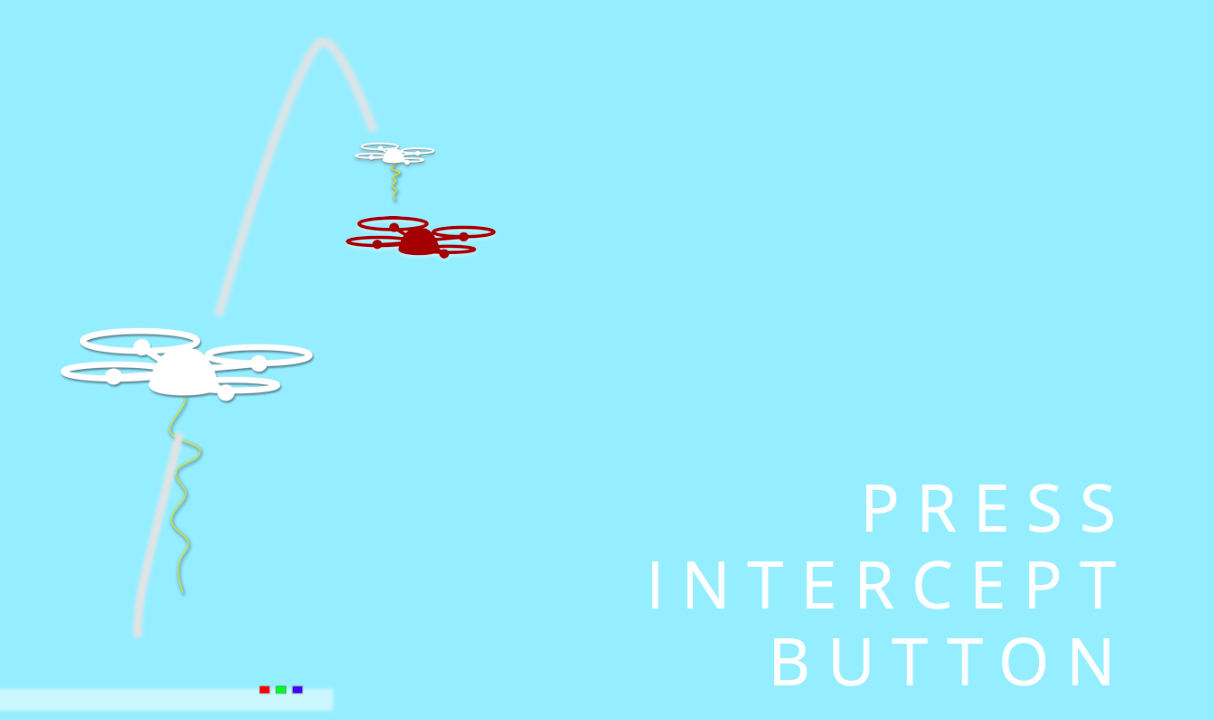 After the target drone is disabled, it will return to base and land, where you can add a new tangle-line for a second flight.

How Does It Work?

Again, all I can rely on is what their site says: “Lots of (12) high framerate (90 fps) moderately low res cameras (VGA) pointing in every direction, with structure from motion being used to guide the drone to it’s target – hovering above the free floating target drone. Fortunately for us detecting a free floating object which is well illuminated and far from any other visible object is easy. We can burn lots of watts on the onboard computer, because of the short flight time. This is difficult on normal UAS.” Now if this is technically feasible remains a question, but I will make sure to reach out to some experts to find out. Theoretically it seems to be possible, the question is if technology is available and cheap enough at this time to make this feasible. 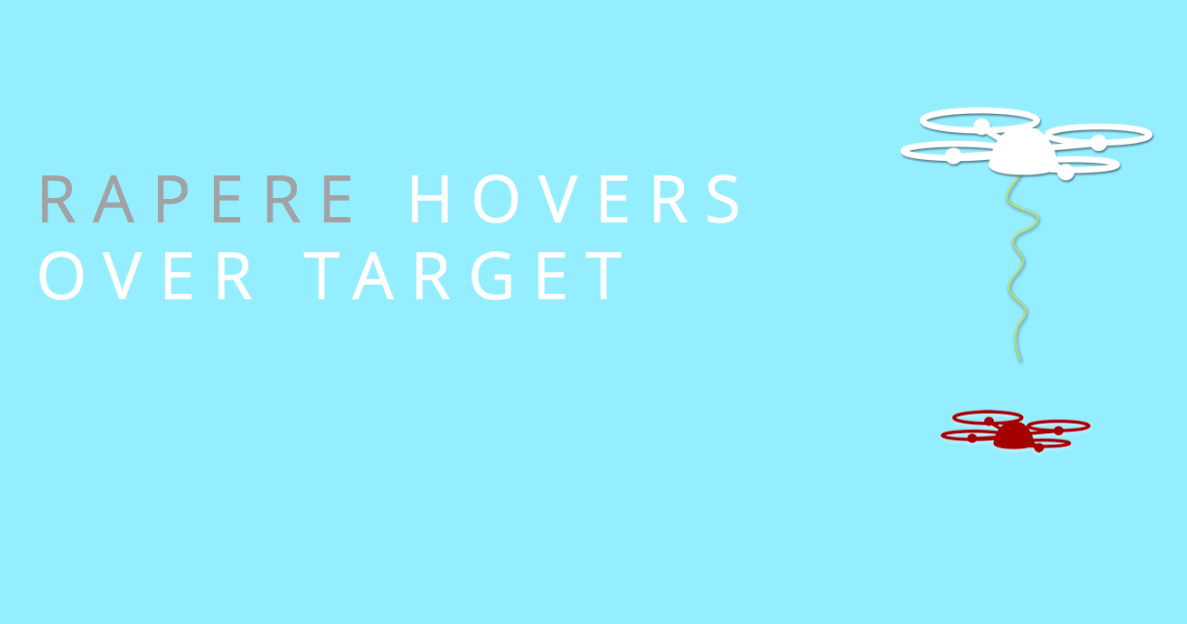 One thing I have noticed from the very vague tech specifications is that the Rapere drone has a 2 minute flight time. Here is what the creators had to say about why this is actually advantageous: “Because of the intentionally designed short flight time (2 mins, vs a normal drone 15 minutes) we can drain the batteries much faster, and have a much higher power to weight ratio. With a flight time of 2 minutes, this is the best performing drone we can imagine from a flight performance point of view. It’s even hard to see it once it’s a few hundred feet up because it’s so fast.” So the plan is that Rapere will be so much faster and more powerful than other drones, it will get to the “target” very quickly and tangle it with a piece of rope. Hmm.

When I saw this, I was wondering about a couple of things. Yeah great, and what about the time to return? At least this short flight time destines the Rapere to only do what it is designed for, but I am a bit precarious about 2 minutes being enough for a complete mission. At first glance, I also thought that Rapere could be the taser gun of drones, numbing the target with a shock of electricity. But it’s just a piece of rope.

The Rapere is advertised to be able to take down any ‘rotary wing’, like a quadcopter. It isn’t fast enough to catch circling fixed wing drones. It is being designed primarily to intercept the type of drones used by paparazzi or voyeurs flying over private residence. 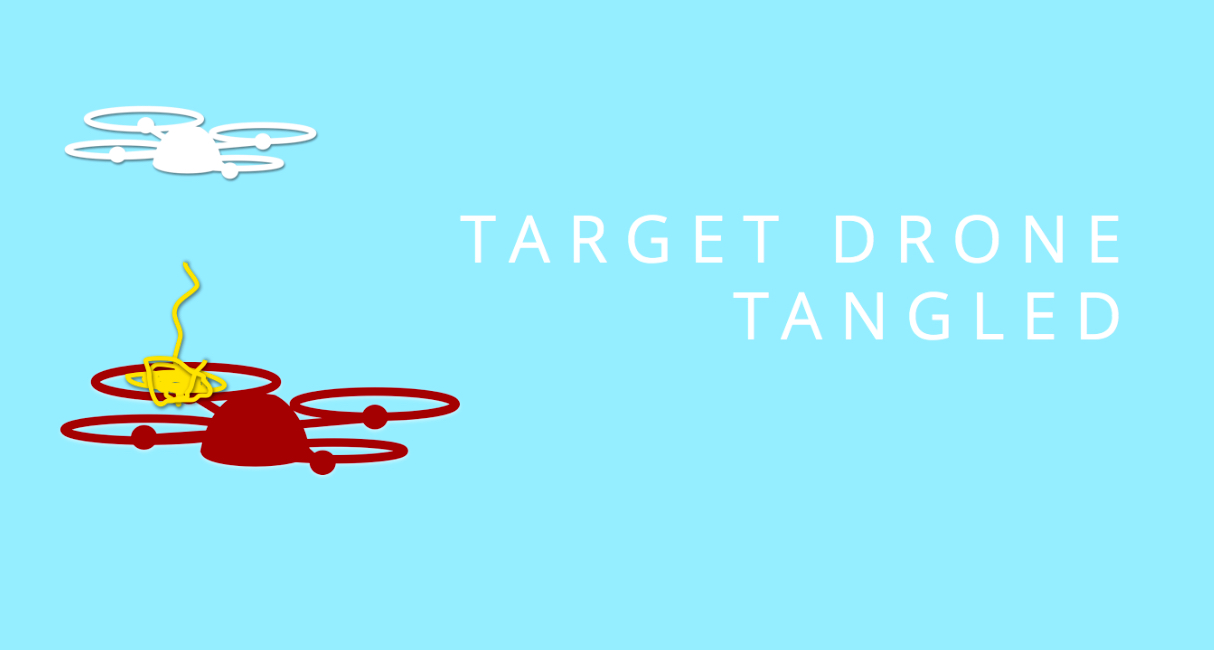 The creators say that the Rapere drone itself is legal, everything else depends on “how you plan to use it” (sic.) and where you live. Now I was following a discussion in social media about the topic. Let’s assume for a moment that we accept that “drones” are essentially are aircraft according to the NTSB ruling from November last year. We had many posts arguing that here and one with an interview with Trappy, whose case sort of ignited the controversy. But that case is still ongoing and what’s at stake there has more to do with his personal situation and his $10,000, rather than classification of aircraft. So IF drones are in fact aircraft, than according to 18 U.S.C. § 32 “Whoever willfully sets fire to, damages, destroys, disables, or wrecks any civil aircraft… shall be fined not more than $10,000 or imprisoned not more than twenty years, or both”. So arguably, the Rapere drone could be the worst investment you could make if you are celebrity or just an ordinary person worried about your privacy. If it would work or materialize one day of course which I highly doubt to be honest.

When Will it Be Available?

So what are the guys promising, when are they planning to put the Rapere on the market? Here is what they say on the site: “Not sure. We are in talks about mass production, while continuing to develop the product. This also depends on the volume of interest…“. As to my personal opinion, this project should never materialize, but more to that later on.

How Will Owners Be Qualified?

They don’t know yet. The creators are considering requiring disclosure of ownership with the local police department before shipping. That adds another spooky aspect to the otherwise generally odd idea. Can you imagine starting the ownership of a drone with a registration with police? Anyhow, the Rapere guys are  open to “any good ideas”.

They also say that buyers will need to be qualified. They plan to require some sort of proof of legitimate use, such as public safety officials, event organizers, private security firms, etc. So is this for celebrities or not after all? There seems to be a bit of a confusion there.

How much will it cost?

Again there is not much certainty there. All we know is that it won’t be cheap like a DJI type drone. “It will be priced as a professional tool – we don’t want this to become a toy people can use to disrupt legitimate drone use.”

So in general, you can assess that this is not a very advanced and well designed project yet. There is no prototype, video or even a 3D mockup, so it would not do very well in a crowdfunding campaign even.  It must have been enticing for the team behind this idea to come forward with the project as there is lots of hype in the industry, but it seems that there is less to be known about it than questions to be asked.

But let’s also ask if this product should ever be on the market. To be honest, I am not sure, but it seems to me that it’s at least a project that will spark a lot of controversy. Besides being legal or not, is it feasible or a smart idea? This should be argued, but one thing is for sure, it will be tough to get investors to back this project. I would also argue if a jammer that can block the 2.4 or 5.8Ghz frequency is better idea or not? That is also illegal, as the FCC prohibits such use of the frequency, but it would surely be a more “human” way of trying to protect you privacy. Also, I suspect that the current privacy fears will fade a bit because if you have seen a drone flying, you know that it’s one of the loudest ways to try to pry into someones life. A drone flying over your property can be spotted really easily and can be evaded. So it’s also wise to ask if there is problem this drone project could actually solve.

I would be very much interested in your opinion on this project, so feel free to comment below! 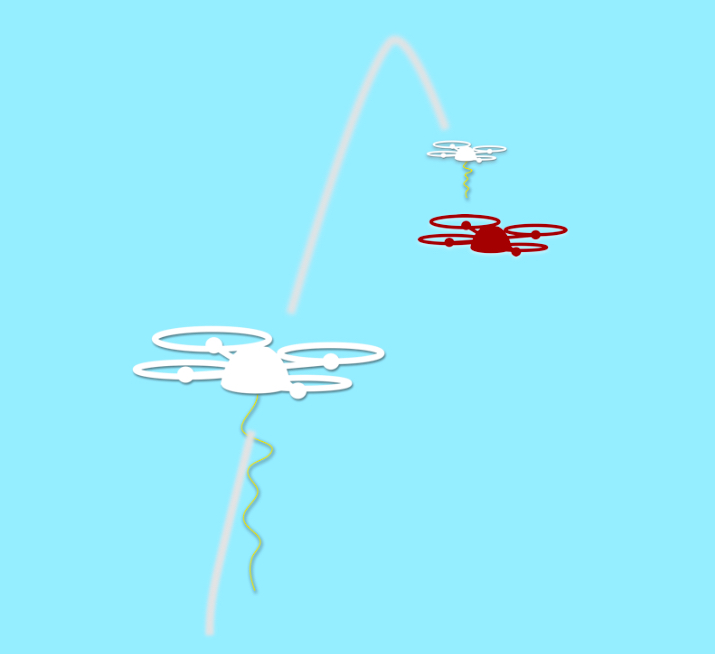