The most important thing to understand about drones is that they aren’t just for virtual tours and cityscapes anymore! The popularity of drones has really been on the rise, and the new owners and enthusiasts are not just those who are living in areas with perfect landscapes and coastal views. 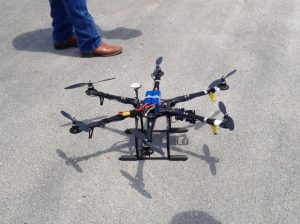 Now some models are priced way under 400$, and the rush has really begun for people to open up into the wild array of possibilities. In many cities it is now become commonplace to see someone sitting in a car or truck looking up with a remote control, and perfecting maneuvers that make the video more stunning by the moment.

The face of the future will change drastically, and so will the international job market.

Here are some of the amazing tasks that are now carried out by drones, and ways in which they are literally changing the whole world.

Many movies portrayed what some directors thought that the future would look like, and there are definitely elements of this future that are beginning to come true! No one quite knows yet how crowded the skies will become, but one thing is for certain: many creative and ingenious ways to use them are being dreamt up every day!

Here are some of the ways drones are being used that are the coolest and most cutting edge; don’t be surprised if you begin to see more fluttering around your neighborhood, and notice a drastic change in the way that things are being done with these awesome inventions.

1. Serious rescue efforts:
Both to physically rescue people trapped in situations like flooding or the uprising of war, drones equipped with very high-quality cameras could lower the risk of pilots getting hurt. Drones can effectively scan areas that are affected while preventing loss of human life. 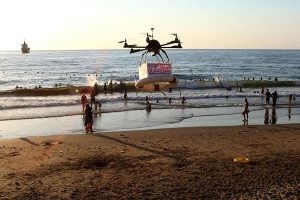 2. Get you your important prescriptions:
Very intelligent think tanks at Harvard and MIT have been started to show how drones could be used to deliver medicines and vaccines to areas on the globe that are hard to reach. Imagine getting a lifesaving antidote in the jungles of Brazil by drone delivery! 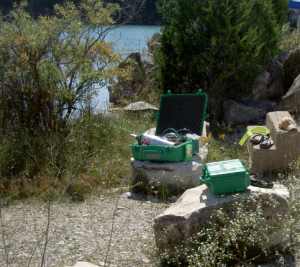 3.Grabbing a cold one:
A company in South Africa researched and beta tested an app that lets people order beer, and the drone will actually deliver the frosty treat in less than ten minutes! Your smartphone broadcasts your GPS, and pinpoints the spot for delivery. Perfect for hip music festivals like SXSW or Coachella. 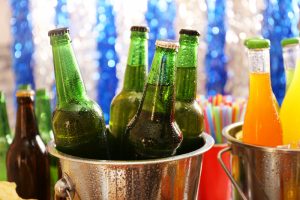 4. Stormchasing:
Models like the Tempest and entities such as the Sirens Project have been used to try to get as close to the eye of the storm as possible. Some drones have many atmospheric measuring abilities, and can provide the pilot with very valuable information about the weather. As a hobbyist, there are many issues that could arise with the FAA, but the potential is there for the future nonetheless. 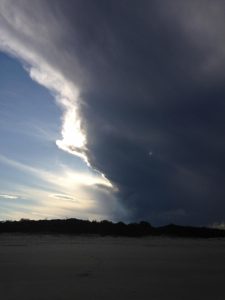 5.Having drone racing events:
FPV drone racing takes radio-controlled drone enthusiasts to the next level by allowing pilots to see the perspective of the drones that they are flying, through special goggles.

Much like the remote controlled boats seen in the amusement parks of yesteryear, everyone loves to race each other.
It could be for church, your business, a charity, or other type of fund-raising endeavor, and everyone will love it. Let’s face it, people went crazy over pod racing in the “Star Wars” movies, and so what organization would not want to host an awesome event like this? 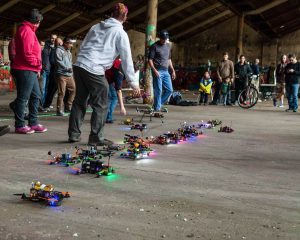 6. Perfect your plunge down the mountain:
It’s not just the big-ticket sports like football and basketball that need training videos to learn from, those hitting the slopes can learn a lot from a drone video! Boarding and skiing down places like Aspen and Whistler BC are seeing many more drones pop up overhead as a totally tubular way to record the athlete’s progress. 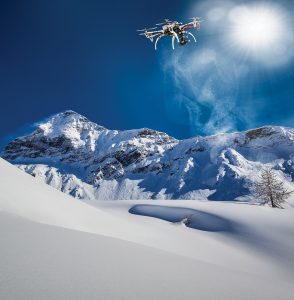 7. Scoping out the hunter’s outlook:
Just a decade ago, there was no way to tell what you were getting into when wandering through the woods. When your season of choice hits, you can use a drone to see if it’s worth wandering around for, and if your preferred target is out and about just waiting for you to come across them. 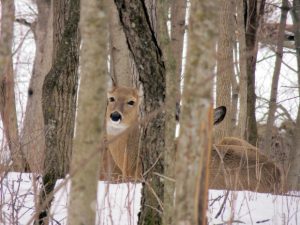 8.Bring you what you forgot on your to-do list:
Whether it’s your lunch, the tape measure, or stuffed animal that your child can’t live without, many will be able to regain in their itinerary what they forgot for the day. Local and national rules may be a bit foggy for the next few years, but those are able to fly lower will probably be the ideal carriers of choice. 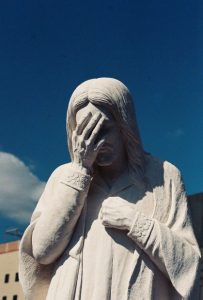 9. Become your backyard assistant:
It doesn’t really matter if you’re shoveling, getting ready for gardening season, or gleaning the crops from harvest, it’s always great to have punctual delivery right at your service! From a spare spade to a few extra pots and soil, a drone can be your ultimate go-to in the green thumb department. 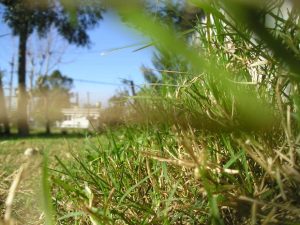 10. Home Delivery:
As many know, Amazon the giant retailer has been in the forefront of promoting drones for “last mile delivery” purposes. The US in particular has been particularly uptight as FAA has yet to announce any regulation supporting the Amazon drone delivery endeavor.