Different types of drones have been around since as early as 1917. Although they were used primarily for military functions, in the beginning, drone operations now have much more use in the business industry. Professional drones can aid in surveillance, aerial photography, agricultural tasks and inspections, there are even micro-drones the size of a ping pong ball that are used for conducting biological warfare. Package delivery is the newest job created for drones; it is also becoming the most popular reason for drone development.

There are four main physical types of professional drones: multi-rotor, fixed-wing, single-rotor helicopter, and fixed-wing hybrid VTOL. The different body styles of each type of drone contribute to the amount of weight they can carry (payload), efficiency and duration of the flight.

Drones that have multiple rotors and propellers were created for vertical takeoff and landing. If you didn’t know, propellers are basically the small wings or blades on a drone that make it fly, like what you would see on a helicopter. Rotors are just the part that spins the propellers. Helicopters have just one single rotor, multi-rotor drones have many. They usually have four, six or eight rotors, four being the most common for small to regular sized drones.

The purpose of having more than one rotor is to help give you better control over the drone’s position in the sky. The more rotors it has, the more ways it can maneuver itself, but the controls can be a lot more complicated to learn on an 8-rotor drone rather than a 4-rotor one.

Drones that have a lot of rotors can tend to be limited on their speed and duration of flight time because they’re not nearly as efficient as other types of drones, such as a fixed-wing drone (defined later in this article), which can fly for nearly 16 hours at a time. Some multi-rotor drones can only fly for 20 minutes before needing to recharge the battery, so large-scale surveying and package delivery is out of the question.

Unlike the vertical takeoff capability of drone models that use rotors for flying, fixed-wing drones have a single long wing on either side of their body and need either a catapult or a runway to lift off the ground. They also have much more difficulty landing due to their inability to hover.

Fixed-wing drones are sometimes used for surveillance, like in the military, but they aren’t generally used for other types of aerial photography and drone flying. To get stable photos and videos, a drone would need to be able to hover and stay flying at certain angles.

Fixed-wings are more commonly flown for the purpose of long-distance tasks or just as a hobby. They can stay airborne for 16 hours or more at a time and don’t require the recharging of a battery unless other electronic equipment is attached to it.

This type of drone requires quite a bit more drone flying experience and training, mainly with takeoff and landing. 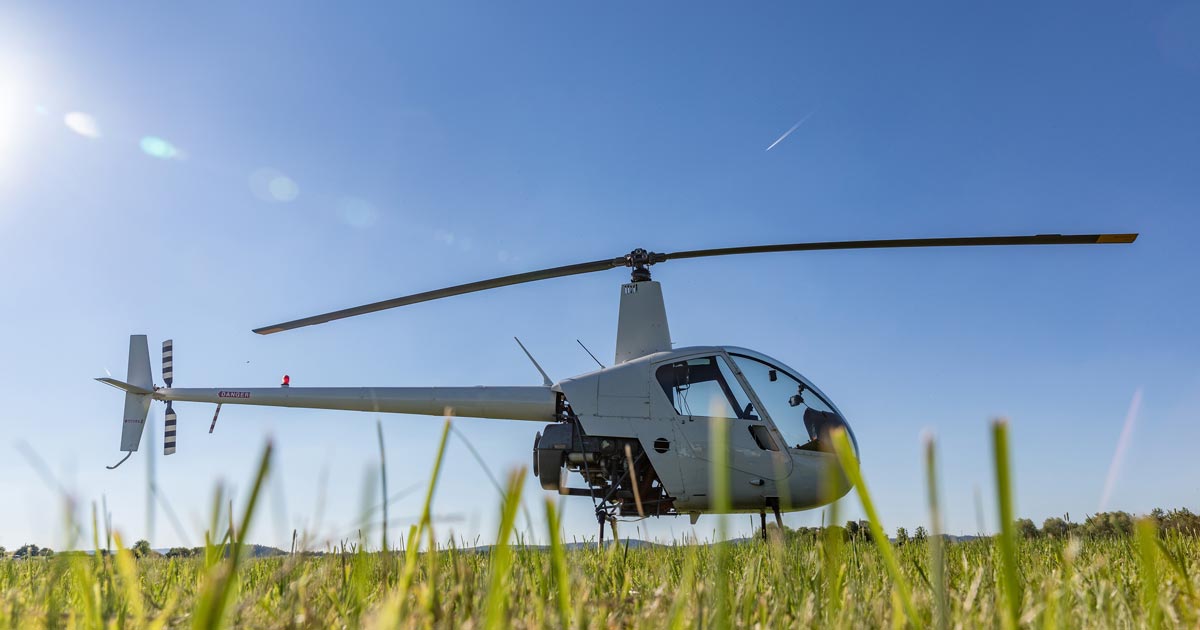 Helicopters aren’t just made as large, manned aircraft. They are also created as smaller, unmanned drones. These come in a multitude of different sizes, from very small kid’s toys to exceedingly large drones with a built-in camera, the price goes up with the size. Some single-rotor drones are sold for as little as $20 at the store, while others go for thousands online.

Something unique to this type of professional drone is that it can run on gas instead of electric, depending on the size. They are more efficient than multi-rotor drones, but not as efficient as fixed-wing ones. The single-rotor can sometimes be nearly as hard to fly like a fixed-wing drone, and both require a balancing act.

There are not a lot of uses for single-rotor drones as there are for multi-rotors, but they can definitely carry a heavier payload. Typically, they’re bought by people who are looking for a new hobby.

This newly invented type of professional drone combines the long flight duration time of a fixed-wing drone with the vertical takeoff and landing of a single-rotor or multi-rotor drone. A great example of this is the drone that was created for Prime Air.

VTOL stands for vertical takeoff and landing. This is the primary reason that this hybrid was created. Fixed-wing drones have such a big difference in flight duration compared to other drones; the only problem is that they can’t land nearly as easily. This hybrid combines the best of both. It hasn’t been a long-lived concept, but it is growing popularity and reputation very quickly.

For most professional or commercial type drones, it is required to obtain a Remote Pilot Certificate to begin flying. This certificate is issued by the FAA (Federal Aviation Administration). It costs a couple of hundred dollars to complete online and teaches you everything about flying safely. You will learn a lot of important aspects of flying such as the basic regulations, how to read different types of weather reports, where restricted flying zones are located and much more. If you are caught flying without this certification, you may be penalized according to your state laws.

Learning to fly a professional drone or other advanced drones can be very profitable and also spiritually-rewarding, whether you’re learning to fly a drone as just a hobby or if it’s for more serious reasons. The most common type of professional drone is a multi-rotor drone, which is used for lots of reasons. They can be for surveying, agricultural inspections, real estate, aerial drone photography, or pretty much anything that requires using a 300-foot tall camera.

The more complex types of professional drones, single-rotor, fixed-wing or hybrid are bought job-specific or for hobbyists. Fixed-wing drones can stay in the air the longest but aren’t as useful.

The more complex a drone is, the harder it’s going to be to fly. Do your research beforehand, some of these professional drones could cost you in the tens of thousands.