[WARNING: DO NOT TRY THIS AT HOME!]

It’s been a while since we have been able to post something priceless in the Cool Pics and Vids section of Dronethusiast but now there is something so utterly stupid and truly “nuts” (pun intended) that I had to share with you all.

In a strange way, the intimate body part that holds men’s testicles is somehow fashionable these days as THIS product hit the streets recently making waves is social media: 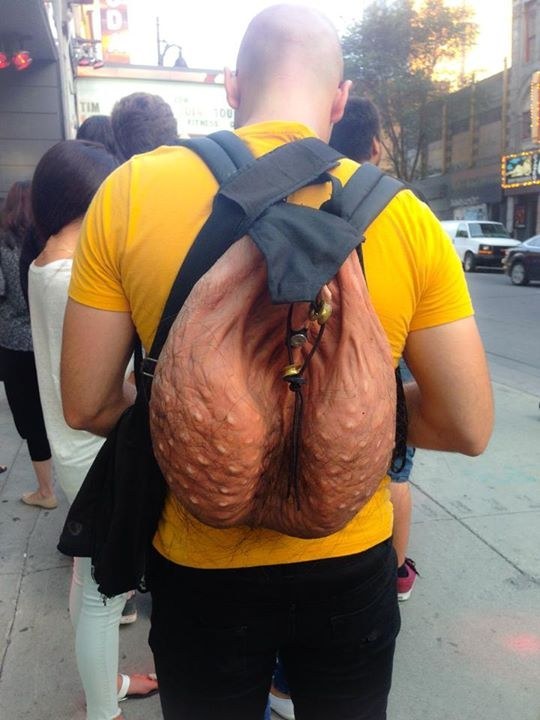 After the creators received thousands of requests from people wanting to acquire this latest statement of not-so-mainstream fashion, they decided to start and Indiegogo campaign and they are half way to being funded with over a month remaining.

So now you are wondering what this has to do with multicopters. :). Well, a team of fun loving “criminals” from TwinzTV,- a Youtube channel featuring funny pranks and videos – decided to ride the wave of the “nut sack renaissance” and do a gig with a drone. They have purchased an artificial “low hanging fruit” type scrotum and attached it to a Phantom 2 using fishing line. Once that was done, they just started “t-bagging” as many people and things as they could, including the Hollywood sign.

Watch the reactions of people in the video decide for yourself how people actually did not realize there is a drone buzzing above! They could have used a longer fishing line, but the one in the “behind the scenes” t-bagging video (see below) seems short enough. It could be that all the people were notified and involved in the prank, but the reactions seem genuine. Flying over crowds of people is not a good idea, so again: do not try this at home!

Here is how they did it, with particular attention to t-bagging the Hollywood sign. Pretty insane!

Summary
Title
Watch These Guys T-Bagging With a Drone
Description

Fun loving "criminals" hanging a scrotum on a drone t-bagging people and even the Hollywood sign. A bit dangerous, but the reactions are priceless.